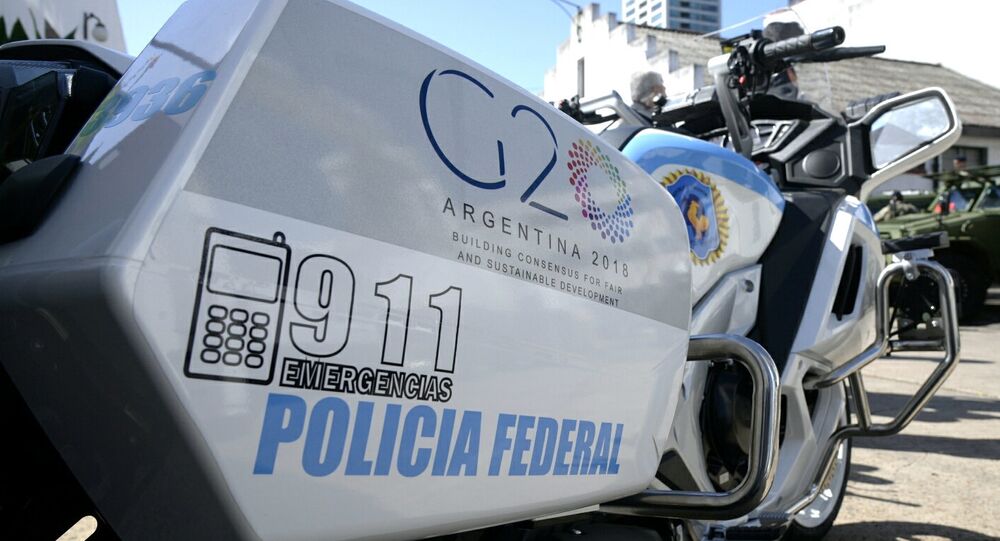 BEIJING (Sputnik) – China's leader Xi Jinping will pay official visits to Argentina, where he will attend the G20 summit, as well as Panama, Portugal and Spain between November 27 and December 5, the Chinese Foreign Ministry said on Friday.

Meanwhile, Beijing will oppose statements and actions threatening its fundamental interests at the upcoming G20 summit in Argentina, Zhang Jun, the Chinese assistant minister of Foreign Affairs, said on Friday.

"We call on all the parties to cling to the spirit of partnership, equality, mutual respect and constructive approach in the G20 work. The Chinese side will oppose and does not accept statements and actions that would undermine our fundamental interests," Zhang told a press briefing when asked if a situation where the summit participants would be unable to approve a joint communique, like the crisis that happened during the recent APEC summit, can repeat itself.

The official suggested that the failure to adopt the APEC summit final declaration had been caused by some countries insisting on introducing provisions that undermined the interests of others.

Chinese Foreign Ministry's spokesman Geng Shuang said on Monday that the US statements during the summit had caused controversy and discord, spoiling the whole atmosphere of the meeting, and had eventually failed to contribute to the achievement of consensus.

Beijing is currently engaged in a major trade spat with Washington. Moreover, the United States calls China its adversary and has repeatedly made statements on the need to counter Beijing’s policies.

The G20 summit is scheduled to be held in Buenos Aires on November 30 – December 1.