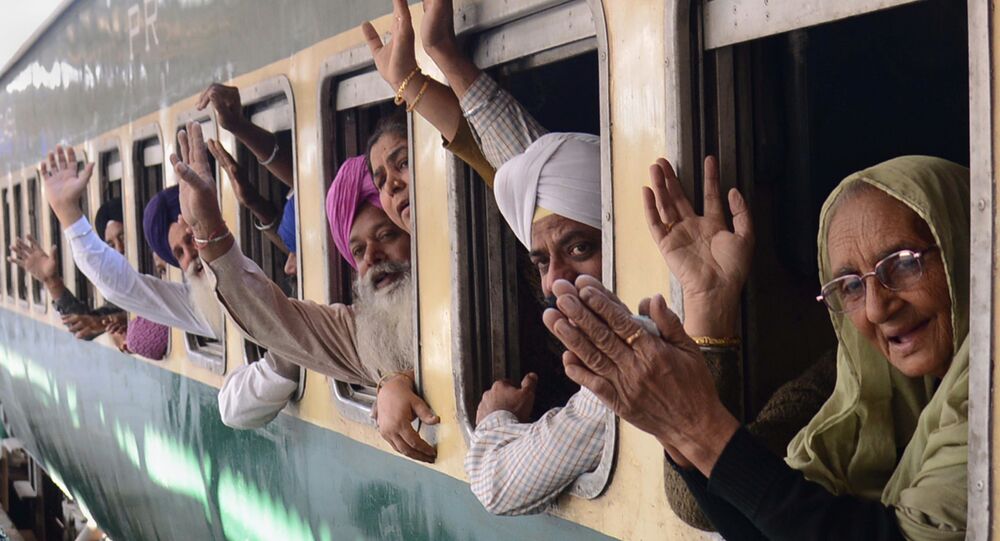 A long-standing demand of the Sikh community, the Kartarpur corridor would connect Sikh Shrine Dera Baba Nanak in India with the historic Darbar Sahib, Narowal, in the town of Kartarpur, Pakistan. Darbar Sahib is where Guru Nanak Dev, the first Guru of the Sikhs, spent the last few years of his life.

New Delhi (Sputnik): India has urged Pakistan to ensure all the necessary facilities for Indians visiting the Sikh pilgrimage site Kartarpur Sahib via the corridor which Pakistan has already started working on. The Indian government has also approved a plan for the development of the Indian side of the corridor from Gurdaspur in Punjab up till the International Border.

The development comes months after Pakistan proposed building a dedicated corridor to facilitate pilgrimage by Indian citizens to the historic Sikh shrine.

#CabinetDecisions on commemoration of 550th anniversary of shri Guru Nanak DevJi
a. Development of Kartarpur Sahib corridor;
b. Sultanpur Lodhi in #Punjab to be developed as a Heritage Town;
c. to have a heritage complex 'Pind Baba Nanak Da';
d. special train for pilgrims etc. pic.twitter.com/WfukdOTzCs

"In keeping with the resolution adopted by the Cabinet today to commemorate the 550th Birth Anniversary of Guru Nanak Dev Ji in 2019, we have approached and urged the Pakistan government to recognize the sentiments of Sikh community and build a corridor with suitable facilities in their territory to facilitate easy and smooth visits of pilgrims from India to Kartarpur Sahib throughout the year," India's Ministry of External Affairs issued a statement on Thursday.

Pakistan's local media reported on Wednesday that Prime Minister Imran Khan would lay the foundation stone of the Pakistani side of the Kartarpur corridor later this month. One of the officials added that a survey in this regard has already been conducted, and the government plans to complete the corridor by next year. About 2.5 kilometers of the corridor would be built inside Pakistan.

India and Pakistan share a bilateral protocol on visits to religious shrines that was signed in 1974. Earlier this week, Pakistan High Commission in New Delhi issued over visas to 3800 Sikh pilgrims from India.

Sikh Joke: Teenage Author Forced to Remove His Turban at US Airport