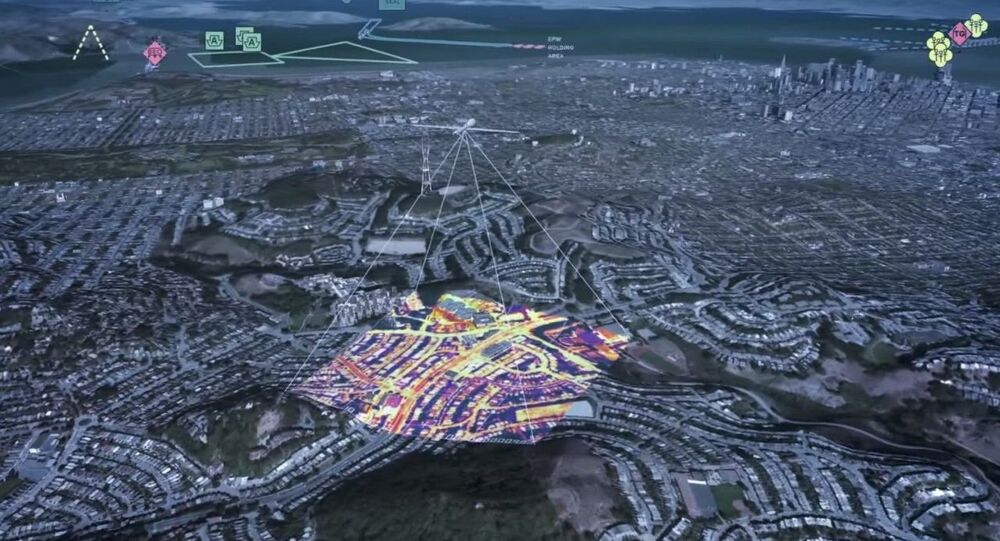 A deal with a Belgian software company puts China on an equal organisational footing with some of the West's elite military operations, giving Beijing significant insight into NATO military planning procedures.

The LuciadLightspeed program is able to quickly and accurately process real-time data, including from fast-moving objects.

© AP Photo / Lucas Jackson, Pool
China Buys Sophisticated Geospatial Software to Put it on Par With NATO, US – Report (VIDEO)
Situational awareness is the ability to know what is happening in a target environment and use that intelligence to defeat the enemy. In warfare, the situation is so fluid that it can change in seconds.

The US graphics technology company NVidia, for its part, said that Luciad software help planners "visualise and analyse changes in enemy positions or assess target information in real time" in order to adjust relevant mission parameters.

By contrast, LuciadLightspeed is capable of processing real-time data, including information on fast-moving objects, at a speed of 100 calculations per second, 75 times faster than its closest competitor, and is accurate to within 3 centimetres (one inch) on a global scale.

Luciad software is reportedly used by the US Special Operations Command at MacDill Air Force Base in Tampa, Florida. An array of secret US missions originated at the base, including the 2011 raid in Pakistan to assassinate al-Qaeda leader Osama bin Laden.

China boasts one of the world's most extensive military intelligence gathering systems and also has the world's second-largest network of satellites, second only to the United States.

China Buys Geospatial Software to Put it on Par With NATO, US – Report (VIDEO)