PNG's Police Association supported the attackers and described the government's failure to pay them as a 'slap in the face' of the country's security forces.

"The Police Association is very concerned that after the security personnel (Police, Defence and Corrective Institutions Service) assisted the national government in hosting and delivering a very successful APEC Conference, the APEC allowances are yet to be paid. It is a slap in the face of all the security elements, they had worked diligently and tirelessly to provide effective and efficient security to the twenty-one economies, their prime ministers and presidents, including business delegates comprising some ten thousand plus dignitaries," the Police Association said in a press release. 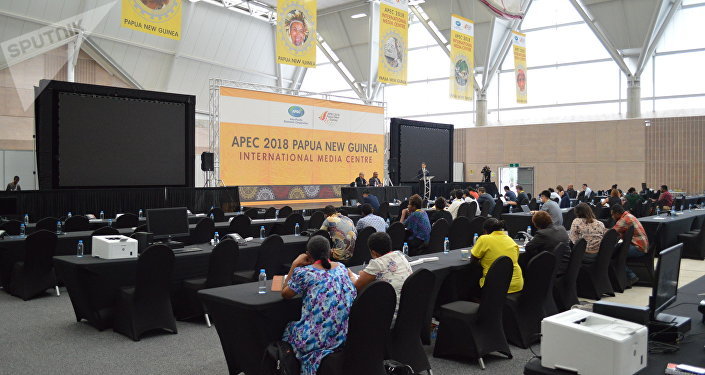 © Sputnik / Denis Bolotsky
APEC Fails to Agree on Final Declaration Due to Trade Wars – Russian PM Medvedev
According to the Post Courier, a group of security personnel converged on the parliament building and locked it down in order to express discontent with the fact that the government had yet to pay them for their work during the APEC summit. The attackers began to destroy the building after not receiving any answer from the government. Ministers and local politicians were inside the building during the attack, but no one was injured.

Leaders from the 21 APEC member states met in Port Moresby last week for a two-day summit. For the first time since 1993, the summit wrapped up without a joint declaration due to disagreements on some controversial points caused by trade disputes.