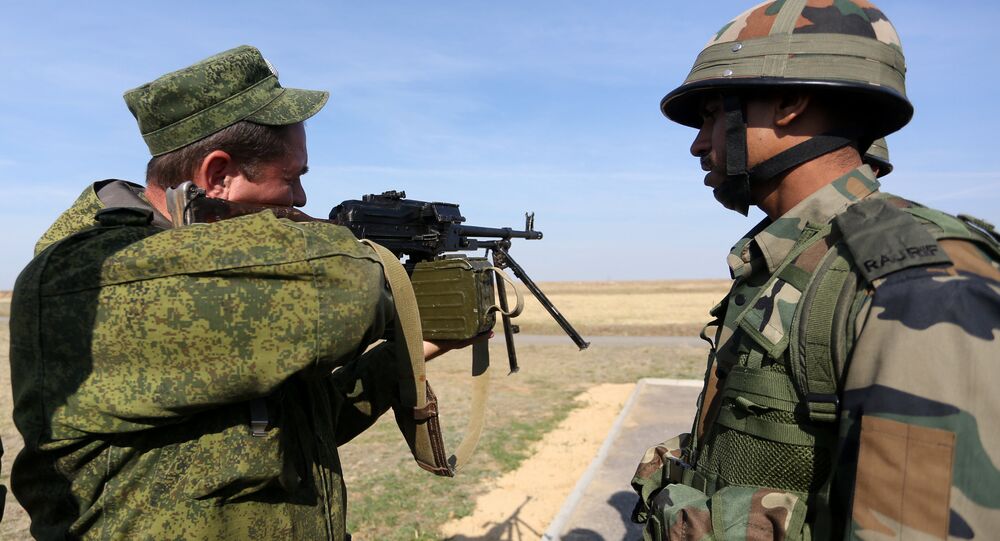 The exercise provides an opportunity to Indian and Russian forces to train in joint counter-terrorism operations in a multinational scenario.

Indra-2018, an Indo-Russian joint military exercise aimed at enhancing the interoperability of the two armies in peacekeeping and enforcement environments under the aegis of the United Nations has started at the Indian Army's Babina Field Firing Range in Jhansi, India.

#Indra2018 The 10th Indo- Russian joint Ex-INDRA started with a grand opening ceremony today at #Babina Military Station.The aim of exercise is to practice joint planning & conduct to enhance interoperability of the two armies in peace keeping environment under the aegis of UN. pic.twitter.com/D3wMBIPMNf

India's mechanized infantry battalion and motorized infantry units of the Russian Eastern Military District, deployed in the Primorye Region in the Far East, are participating in the exercise.

Joint #Russian-#Indian military exercise #Indra2018 is to begin in India today. The maneuvers will take place at a training ground near the town of Babina in Uttar Pradesh and involve about 500 Russian and Indian servicemen. @mod_russia @KremlinRussia_E @mfa_russia @IndEmbMoscow pic.twitter.com/V4eJpATBcH

India and Russia have been conducting Indra since 2003, alternately at different locations in the two countries.

Last year, the joint military exercise was conducted at the 149th Combine Army Range Sergeevisky and in the Sea of Japan near Vladivostok, Russia. The Indian contingent consisted of 350 personnel from the army, 80 from the air force, two Il-76 aircraft and one frigate and one corvette from the navy. While around 1,000 Russian troops of the 5th Army, marines, and ships of the Pacific Fleet and aircraft from the Eastern Military District took part in last year's exercise.