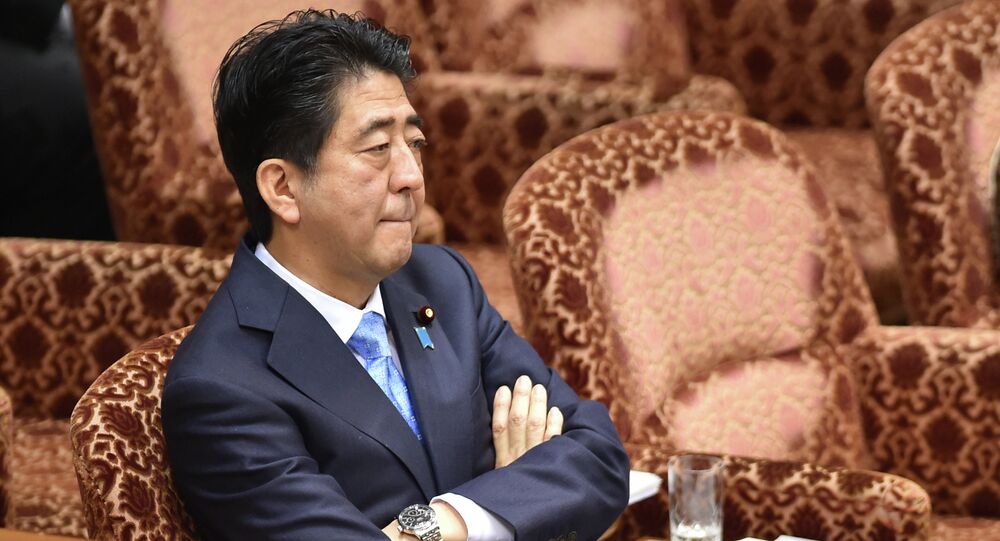 TOKYO (Sputnik) – Shinzo Abe told Vladimir Putin at their meeting that if the disputed islands of Habomai and Shikotan are transferred to Japan under the Soviet–Japanese Joint Declaration as a result of bilateral talks, no US military bases will be established there, local media reported, citing sources in the prime minister’s office, on Friday.

The United States is currently authorized to set up its bases across Japan under a bilateral treaty. Japanese media claim that this issue was discussed during the 2016 Japanese-Russian talks. According to these reports, during the meeting, the Japanese side told Moscow that the establishment of the bases on the islands after the dispute settlement was possible, after which relations between Tokyo and Moscow cooled.

Asahi Shimbun, however, reported citing high-ranked officials from the Japanese Foreign Ministry, that the US bases could not be set up on the islands without Japan’s authorization.

The outlet added that apart from holding talks on a peace treaty and the territorial dispute settlement with Moscow, Tokyo would engage in simultaneous negotiations on the military bases issue with Washington.

Putin and Abe met in Singapore on Wednesday. During the meeting, the two leaders agreed to intensify the bilateral peace treaty talk. The Russian president said on Thursday that Abe expressed readiness to discuss the peace accord on the basis of the 1956 declaration.

The declaration stipulates, among other things, that Japan will regain control over Habomai islets and Shikotan in the Kuril Islands archipelago following the conclusion of the peace treaty with Russia.

Japan has for years maintained that the whole archipelago should be recognized as a part of its territory as a precondition for signing the peace treaty with Russia, which was never concluded after World War II.

According to the Kremlin, the next meeting between Putin and Abe will be held on the sidelines of the G20 summit, which will be carried out in Argentina on November 30 — December 1.

Earlier this year, Putin suggested that Tokyo and Moscow should engage in talks on the peace treaty without any preconditions.