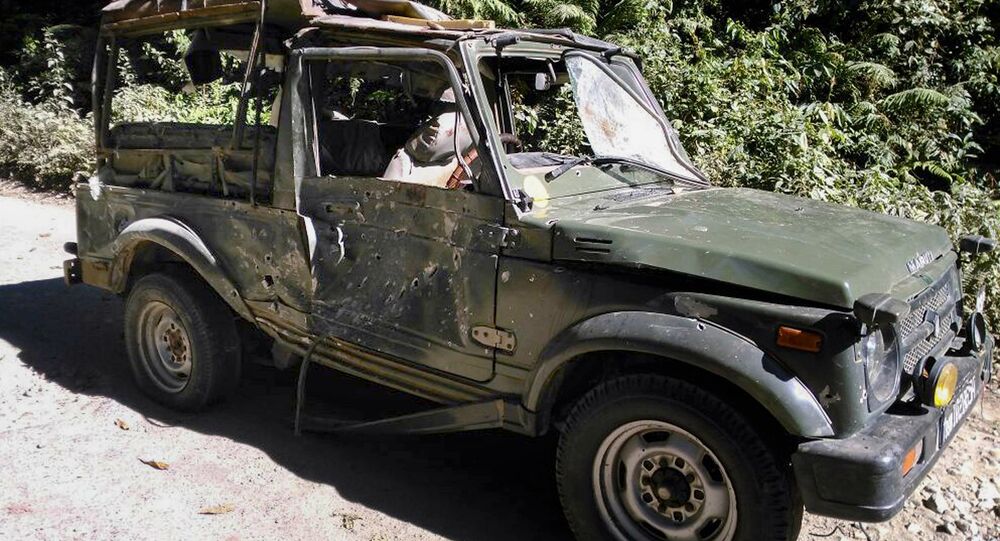 In an exclusive interview to Sputnik, Anup Chetia founder of India’s proscribed militant outfit ULFA, clarified that contrary to the Indian government's suspicion, the outfit's Chief Paresh Baruah is not being sheltered by China. In its latest violent act, the ULFA, active in India's northeast, gunned down five persons in Tinsukia district.

Guwahati (Sputnik): Anup Chetia, founder leader of the United Liberation Front of Asom (ULFA), one of India's most dreaded rebel outfits, has categorically denied that China has been supporting the outfit or providing refuge to Paresh Baruah, the outfit's absconding chief.

Last month when China's Public Security Minister Zhao Kezhi visited New Delhi, the Indian government had said that they strongly believe that Baruah was hiding in China and that China should take strong action against him.

"I don't know whether he (Baruah) is staying in China or not but most of our…his…cadres camp are in Burma (Myanmar) only and that area is a very remote jungle area. When we were there, civilization was very limited but now I think the location must have changed. I don't believe that Paresh Baruah is staying permanently in China. Sometimes he may visit China but I don't know exactly what kind of information on his whereabouts the Indian government is talking about," Anup Chetia told Sputnik in an exclusive interview at his residence in Guwahati.

Anup Chetia and his two associates were handed over to India by Bangladesh after completing their 17-year jail term in Dhaka. His extradition was secured by India with the personal intervention of Prime Minister Narendra Modi and the active involvement of the National Security Advisor Ajit Doval in 2015. Thereafter, he was imprisoned in India and later left out on bail after he agreed for peaceful negotiations with the government of India while committing to shun violence. However, Paresh Baruah continued to lead the violent movement along while in the hiding.

Only three days after the Tinsukia incident, the Indian security forces claimed that it had seized China-made weapons from two insurgents who were beaten to death by the locals in Silchar district. However, Chetia categorically denied that China is behind the upsurge in separatist activities in that part of the country.

"Chinese arms are available in the market. You can also purchase American M-16 from the market. Does this mean that you are getting support from America? The black market is available for such purchase from where you can get German or Russian arms as well," Chetia said adding he spoke to Baruah several times after the incident.

The Tinsukia incident has stoked fear among the general public as well as the administration that suspects ULFA might be planning massive scale violence across the region ahead of the general elections due early next year.

The struggle of ULFA, most active in the northeastern state of Assam which shares a border with Bangladesh and Myanmar, mainly has ethnic and territorial focus with intermittent secessionist tendencies. The outfit is blamed for taking the lives of hundreds of people including government officials and common citizens. In July 1991, a Russian coal mine expert along with two local officials was abducted and subsequently executed by the outfit.