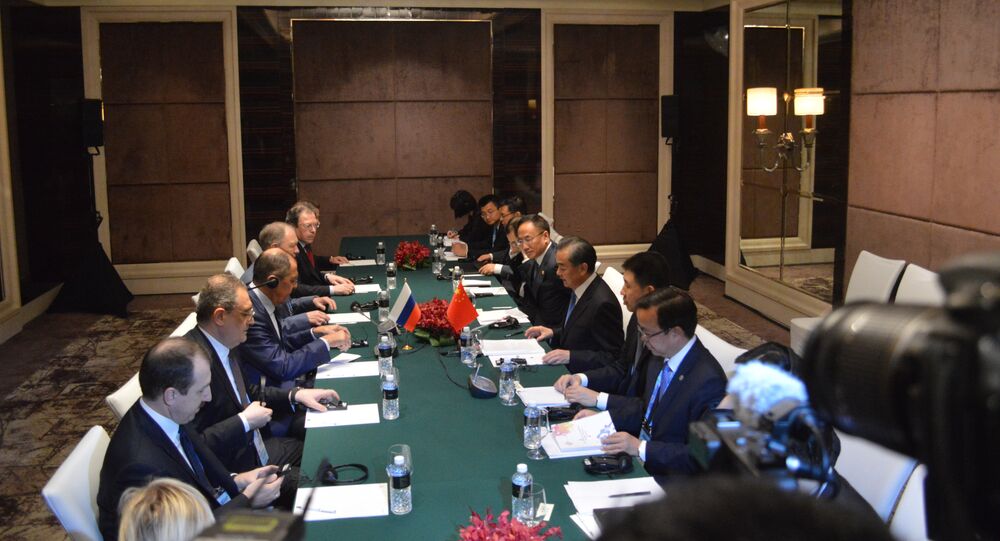 BANGKOK (Sputnik) - A free trade deal between 16 Asia-Pacific nations is not expected to be signed before 2019, Prime Minister Lee Hsien Loong of Singapore, hosting the ASEAN regional summit, stated.

The Regional Comprehensive Economic Partnership (RCEP) arrangement was initially expected to be inked by the 10-member ASEAN and six other states this week.

But the Singaporean official said at the opening of an RCEP meeting that talks on the world’s largest trade pact had taken "much longer than usual," according to Channel News Asia.

© Sputnik / Michael Klimentyev
Abe to Propose Accelerated Talks on Peace Deal, Kurils to Putin at ASEAN - Reports
Lee Hsien Loong assured the gathering that the deal would be concluded next year. He warned that difficulties were unavoidable but the "benefits will be equally substantial."