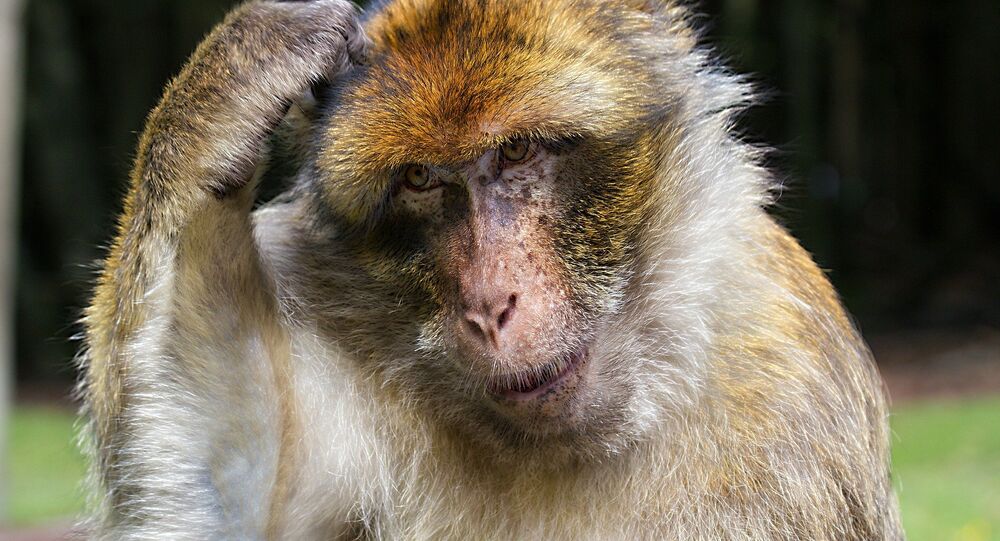 The mother of the 12-day old baby was feeding him when the monkey entered their room, snatched the baby and ran into the neighbourhood where it mauled the newborn and left it to die.

New Delhi (Sputnik) — Baby Arush alias Sunny's mother Neha was breastfeeding her infant son when the monkey entered their home and ran away with the baby.

Family members went after the monkey, attempting to lure it into freeing the baby by offering it food, but the monkey disappeared with the baby. The infant was later found dead soaked in blood on a neighbour's terrace.

A #monkey breaks into a house in #India and grabs a 14-day-old infant by his neck when the kid's mother's feeding him. The poor baby is then killed by the monkey and left on neighbor's roof. The monkey has also tried to attack a 14-year-old girl before. pic.twitter.com/NiiSu3rzXd

"Neha and Yogesh (father of the child) were married two years ago and Arush was their only child. It's an unbearable tragedy for them. Neha is inconsolable and has not been eating. After hearing the scream we all ran after the monkey but [the] monkey did not leave the baby," Surekha, one of the devastated couple's neighbours told Sputnik.

A similar incident occurred in April in Cuttack district in the eastern Indian state of Odisha when a monkey snatched a 16-day old boy while he was sleeping with his father. Later the dead body of the boy was recovered from a well.

Last month, a 72-year-old was stoned to death by the monkeys in Tikri area in Uttar Pradesh.

I Wanna Ride My Bicycle: Monkey Manages Bike Like a Pro

Another One Bites the Ice: Monkey Loves Popsicle Way Too Much