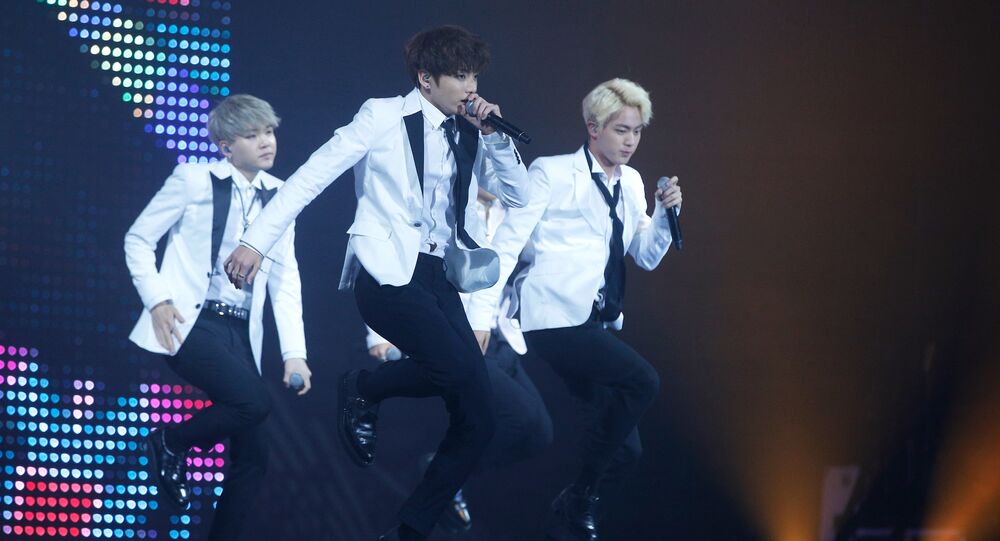 Japan's relations with neighboring South Korea, which was under Tokyo's colonial rule between 1910 and 1945, have been icy over conflicting interpretations of wartime history. A Korean boy band has recently come under fire for one member wearing a shirt with a mushroom cloud over Nagasaki; it was criticized before for Nazi-inspired hats and flags.

Big Hit Entertainment, the management company of the South Korean band the Bangtan Boys (BTS), has issued an apology after a BTS member was seen in controversial outfit sporting an atomic bomb.

In a lengthy Facebook statement in Korean, English and Japanese, Big Hit said that it "does not condone any activities of war or the use of atomic weapons". The label stressed that its artist's widely criticised outfit choice was "in no way intentional" and expressed "sincere apologies" to anyone affected.

Big Hit's statement also addressed reports that some members of the septet were wearing Nazi-style hats while posing for a photoshoot back in 2014. The company claimed that the headwear used during the photoshoot was provided by the publication conducting the shoot and insisted that it "does not support any organisations or groups oriented towards political extremism and totalitarian beliefs including Nazism".

As controversy over one of the world's most popular boy bands heated up, images resurfaced of BTS members waving flags that critics said were inspired by the Nazis. Big Hit argued that the images were "in no way" associated with Nazism and were in fact criticising authoritarian educational systems.

Last week, the Japanese network TV Asahi cancelled a live performance by the band after BTS member Jimin was seen in a photo wearing a T-shirt commemorating the liberation of the Korean Peninsula from Japan; it featured a picture of the atomic bomb exploding over Nagasaki.

The viral photo drew condemnation from campaigners: the Los Angeles-based Simon Wiesenthal Center, a Jewish human rights organisation, denounced the band, saying that BTS "owes the people of Japan and the victims of the Nazism an apology."