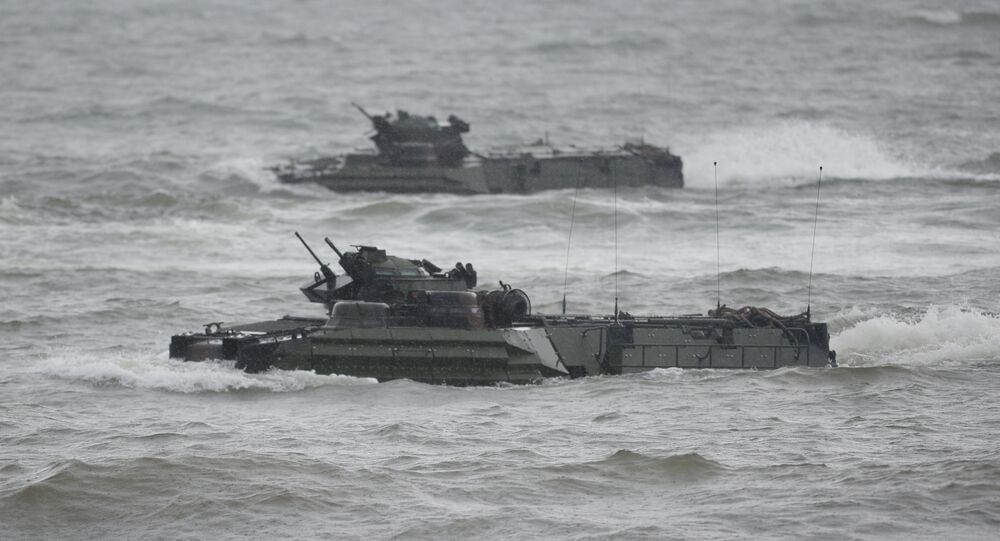 Beijing: US Should Stop Actions That Undermine Our Sovereignty in S China Sea

Speaking at a news conference after bilateral talks with the US officials, Yang Jiechi, China's highest-ranking diplomat and director of the Office of Foreign Affairs of the Central Commission of the Communist Party, said that Washington should refrain from actions that undermine stability in the South China Sea.

“The Chinese side made it clear to the United States that it should stop sending its vessels and military aircraft close to Chinese islands and reefs and stop actions that undermine China’s sovereignty and security interests. And we urge the United States to play constructive role for peace and stability in the South China Sea. That will certainly help reduce security risks,” Yang said.

While the United States’ representatives expressed their concern over what they referred to as growing militarization in the South China Sea and insisted that Beijing withdraw its missiles from the disputed Spratly Islands (“Nansha” in Chinese), Yang pointed out that China had “indisputable sovereignty” over the archipelago and its adjacent waters.

“On its own territory, China is undertaking some constructions to build civilian facilities and necessary defence facilities. That is the right of preservations and self-defence that international law has provided for sovereign state that has nothing to do with militarization. They are legitimate,” Yang told reporters.

© REUTERS / Stringer
Pompeo, Mattis Call on China to Remove Its Missiles From Spratly Islands
The annual US-China diplomatic and security dialogue was originally scheduled to be held in Beijing last month, but was called off amid rising tensions over trade.

The joint press release suggests that both sides agreed to remain committed to “non-confrontation,” and support peaceful resolution of any disputes in the contested region.

Beijing is currently in control of the vast majority of islands, reefs and shoals in the South China Sea, which are also claimed by the Philippines, Vietnam, Malaysia and Taiwan.

In 2016, a Hague-based arbitration tribunal ruled that there was no legal basis for China to claim rights over regions falling within the so-called “nine-dash line” – a vaguely located demarcation line used by Beijing to lay its claims to the biggest part of the contested waters. China refused to recognize the verdict and demanded that the dispute be resolved through multilateral negotiations, involving other claimants.

Beijing Warns US Against 'Showing Off Force' in S China Sea