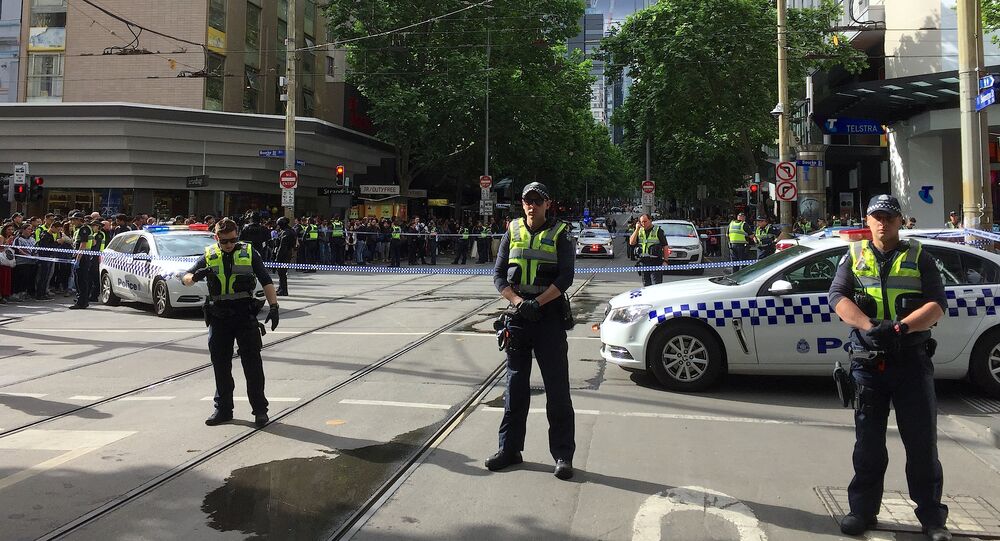 Several people were attacked and a car burst into flames in the centre of Melbourne, the Australian outlet The Age reported.

Police have shot a Somali man who stabbed one person to death and wounded two more Friday after setting his car, laden with gas cylinders, ablaze on Bourke Street in Melbourne, Australia, Reuters reported.

"Three people have been stabbed, unfortunately one of them is deceased at the scene," Victoria Police Superintendent David Clayton said. "There is no known links to terrorism at this stage we will keep an open mind as to whether there is any link."

However, later in the day, Reuters reported citing Victoria Police Commissioner Graham Ashton that police was treating the recent stabbing as a terror attack.

Moreover, Australian police said that the attacker died in hospital. Earlier in the day, the reports stated that the suspect has been hospitalized and was in critical condition after a confrontation with police.

Prior to that, a video appeared online showing the armed man attacking a number of police officers.

Car on fire on Bourke St. Not sure if any details. #Melbourne #BourkeSt pic.twitter.com/7kvEqDSJjU

Police are currently at an incident on Bourke St in the CBD. Police initially responded to a report of a car on fire near the corner of Swanston Street about 4.20pm. A man was arrested at the scene and has been taken to hospital under police guard in a critical condition. (1/3) pic.twitter.com/y4MorEbrOC

Hundreds of police officers and emergency service personnel remain on the scene. Police have cordoned off the area and have urged the public to avoid the site.

Police are not looking for anyone further at this early stage. A small number of people are being treated for stab wounds.

The exact circumstances are yet to be determined at this stage. The area has been cordoned off and the public are urged to avoid the area. (2/3)

In addition, police have urged witnesses to report details to police at Melbourne West Station.

Multiple Children Injured After Stabbing Attack at Kindergarten in China