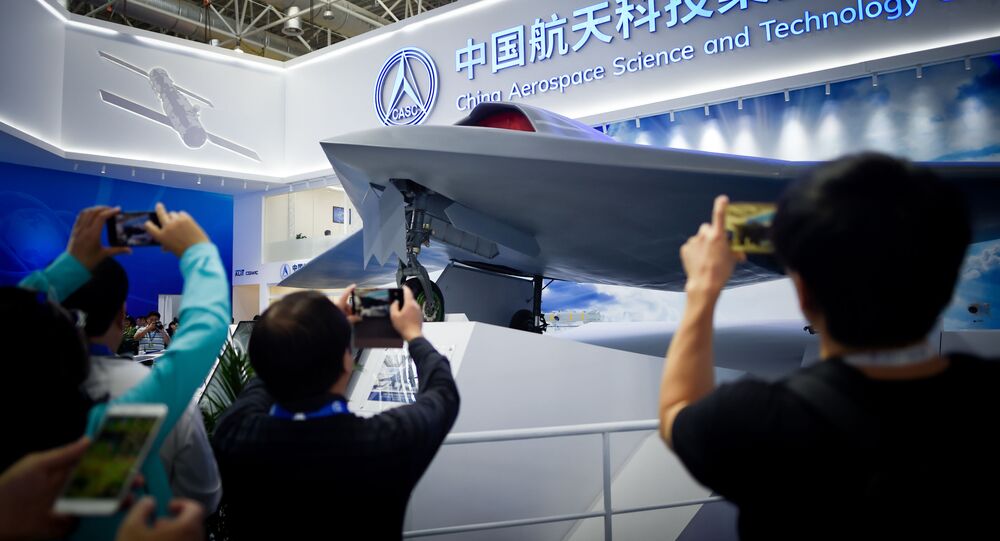 On display at the 12th China International Aviation and Aerospace Exhibition, otherwise known as the Zhuhai Airshow, is a model of the country's new CH-7 unmanned aerial vehicle ‒ a stealth drone expected to be the first to hit global markets.

Built by the state-owned Chinese Aerospace Science and Technology Corporation, the drone is expected begin test flights sometime in 2019, with mass production starting in 2022 if all goes well.

Shi Wen, the CH-7's chief designer, told the AP on Wednesday that the aircraft can "fly long hours, scout and strike the target when necessary."

"[We] can see the CH-7 flying in the blue skies, gradually being a practical and usable product in the future," the designer told the news outlet, adding that the drone will likely be sold abroad. It's unclear what countries might be on the list of potential buyers.

The single-engine model, which is capable of flying at the speeds of a commercial jet plane, has a wingspan of roughly 72 feet and measures at a length of 33 feet, CBS News reported.

Although other countries are working on developing their own versions of stealth drones, experts have indicated that China's low prices and willingness to share its technology are attracting more attention from interested buyers. According to China Daily, if the CH-7 stays on track with its flight tests, China's UAVs will be the first on the market and the "sole option for buyers wanting to field stealth combat drones."

"It would represent an area of Chinese arms export offerings which no other country offers," aviation expert Justin Bronk told AP.

Also showcased at the outdoor portion of the airshow was China's J-20 stealth fighter and J-10B fighter. And that's not all, folks. Inside was a replica of Beijing's future space station, Heavenly Palace, which is set to replace the International Space Station once it retires in 2024.

Airshow China 2016 to Open on November 1 in Zhuhai