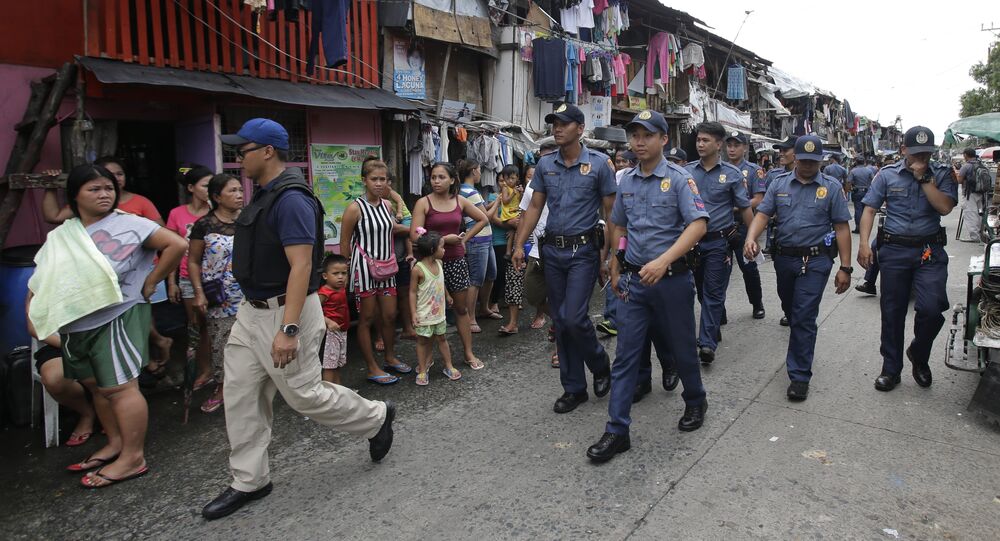 Philippine President Rodrigo Duterte launched an anti-drug campaign soon after being sworn in, vowing to end criminality in the country. However, thousands of people have been killed during police anti-drug operations.

According to a police official, Santiago Rapiz, a police colonel, was killed in a shootout while being busted in a local police anti-drug operation.

Head of the police counter-intelligence task force Romeo Caramat said that Rapiz sold 50,000 pesos ($940) worth of methamphetamines to undercover police in Dipolog on Monday night.

"There was a brief chase but when he was cornered, he fired at our agents," Caramat said.

He added that Rapiz was suspected of protecting drug lords.

The situation surrounding the killings during the Philippines drug war has been criticized by international human rights groups.