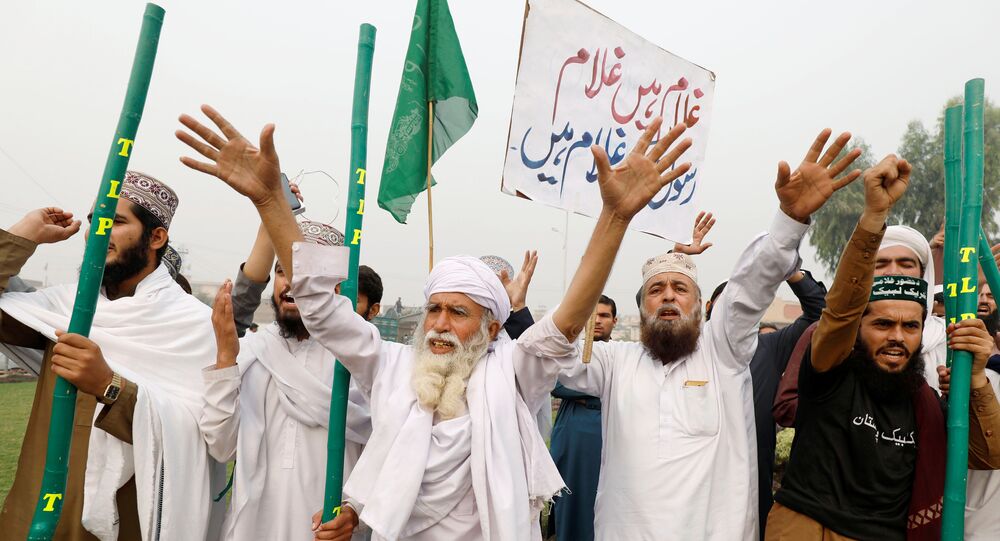 MOSCOW (Sputnik) - The lawyer of Asia Bibi, a Christian Pakistani woman whose acquittal on blasphemy charges provoked a backlash in the Islamic republic, has left the country for the Netherlands in fear for his life, the Dutch foundation Relief for Persecuted Christians (HVC) said.

"Asia Bibi's lawyer left Pakistan last Friday. It was too dangerous for him to live in Pakistan. The HVC foundation met him on Saturday. Over recent years, HVC has been financially supporting [Saiful] Malook, so he could continue the defense of Asia Bibi," the foundation said in a statement posted on its website.

© REUTERS / Adrees Latif
Release of Christian Woman Sentenced to Death in Pakistan Delayed Due to Mass Protests - Reports
In late October, the Pakistani Supreme Court acquitted Bibi, a mother of five who was sentenced to capital punishment in 2010 for insulting Prophet Muhammad during a row with Muslim neighbors and has been in custody since them.

The insults were reportedly made after some Muslim women said that her faith made a cup she had used "unclean."

The acquittal has provoked mass demonstrations in Pakistan, with protesters demanding that the authorities reverse the decision in favor of the death penalty, and take action against the judges who ruled to release the woman.