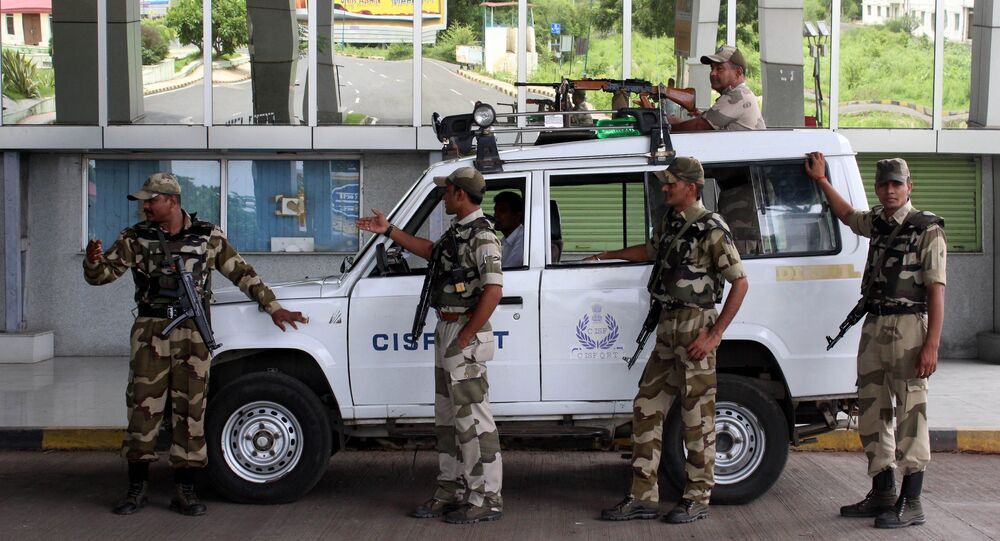 The encounter between India's security forces and extremists belonging to the Communist Party of India (Maoist), locally known as Naxals, comes close on heels of the death of a video journalist and two security personnel who were attacked by the extremist outfit in Aranpur, a village in the Indian state of Chhattisgarh.

New Delhi (Sputnik): Indian security forces have gunned down five left-wing extremists, including a woman, in the eastern state of Odisha. The encounter, which took place on Monday morning in the forests near Kalimela in Odisha's Malkangiri district, was led by a joint team of Odisha Police and elite federal troops from the Special Operation Group.

READ MORE: Children in India's Rebel Hotbed Chhattisgarh in the Line of Fire for Education

© AFP 2021 / SAJJAD HUSSAIN
Journalist Killed by Left Wing Extremists in India’s Chhattisgarh
The operation was aimed at eliminating the local leader of the extremist outfit, but he managed to escape.

Security forces seized a huge cache of arms and ammunition from the area where the standoff took place.

Shot Across the Bow: Merkel's Ally Ousted by Own Party Rebels