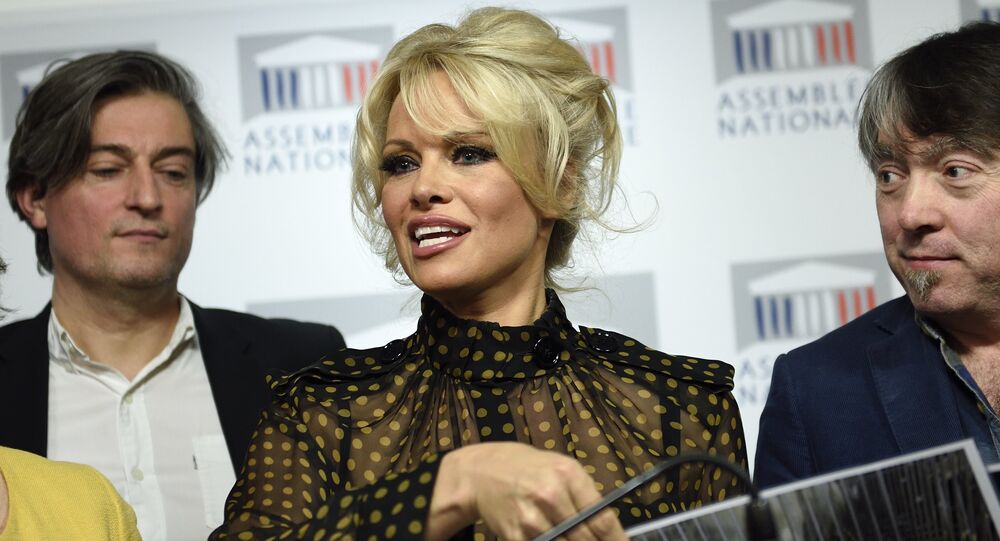 Several days earlier, the Blonde and Blonder star revealed that she regularly visits WikiLeaks founder and editor Julian Assange, who has been confined for six years in the Ecuadorian embassy in London; she even shared details of their “romantic struggle.”

Australian Prime Minister Scott Morrison has laughed off Pamela Anderson's calls to bring Wikileaks founder Julian Assange back to Australia and throw a welcome-home parade in his honor.

When asked by Gold Coast radio station Hot Tomato FM if he intends to heed the Baywatch icon’s tip, Morrison chuckled at the proposal before saying “no”, and went on to state resolutely:

"I've had plenty of mates who have asked me if they can be my special envoy to sort the issue out with Pamela Anderson."

"But putting that to one side, the serious issue is no, our position on that hasn't changed," the Prime Minister said, adding the government is actively dealing with other issues Anderson has been campaigning for, noting that steps have been taken to improve the welfare of livestock.

Pamela Anderson sent a message to Morrison calling on him to “defend your friend, get Julian his passport back and take him back to Australia.” “Be proud of him and throw him a parade when he gets home,” she concluded.

Earlier, she revealed a close bond with the Wikileaks founder, saying both of them share a deep “romantic struggle” when it comes to activism and campaigning.

Assange’s parents backed Anderson in her calls, with his father John Shipton sending a heartfelt letter to the nation's prime minister.

"Pamela Anderson… says what we all need and want," he wrote, whereas Julian’s mother lent support to her son by posting a video on YouTube, in which she underscores he is in “urgent, critical danger.”

"He is right now alone, sick and in pain," she said, further detailing her son’s “torture” being holed up within the four walls of the Ecuadorian Embassy in London:

"Silence in solitary confinement, cut off from all contact and being tortured in the heart of London. The modern-day cage for political prisoners is no longer the Tower of London, it is now the Ecuadorian Embassy."

Last week, Julian Assange was reported to have claimed  the Ecuadorian government is looking to revoke his asylum, which spanned six years now, and turn him over to the US, where lawmakers see him as a "dangerous criminal and a threat to global security" and have already urged the Ecuadorian authorities to assist them in their effort.

Assange filed a lawsuit against the Ecuadorian government over the conditions of his asylum, namely halted access to the Internet, which he viewed as a violation of his "fundamental rights and freedoms." Ecuador had previously imposed a set of new rules requiring the Australian to pay for such utility services as laundry and his Internet connection, as well as care for his cat.

Assange was given asylum by former Ecuadorian President Rafael Correa after London called for the whistleblower's extradition to Sweden, where he was accused of sexually-related crimes. Despite being acquitted of them in 2017, Assange preferred to continue to stay in the Embassy for fear of being later extradited to the US, where is wanted for leaking classified diplomatic cables.