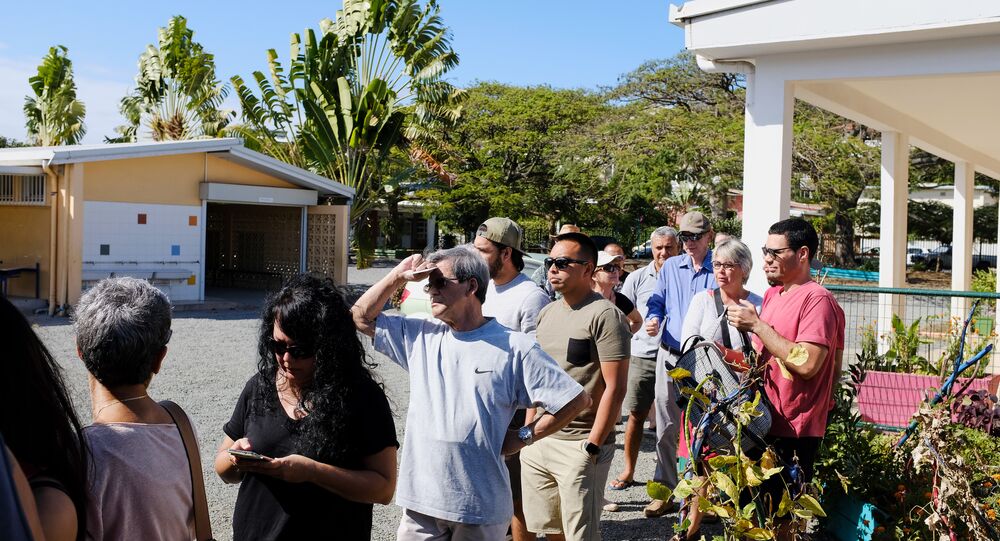 If more than half of the island's residents vote "yes" in the referendum, New Caledonia will have to form a new independent state and rebuild its relationship with France.

New Caledonia, a French island territory in the Pacific, located 18,000 kilometers (11,000 miles) from France, has begun voting in an independence referendum, with about 175,000 people able to cast their vote at 284 polling stations. If a majority of voters do not support the independence bid, a new vote could be held in two years.

Over 75% of New Caledonians have voted in the plebiscite, the French newspaper Le Figaro said.

Three-quarters of voters had turned out in the referendum an hour before polls closed, the territory's High Commissioner reported.

According to recent surveys, conducted on the island, from 63 to 75 percent of people are poised to vote against breaking away from France.

French President Emmanuel Macron stated in May that "France would be less beautiful without New Caledonia."

With a population of some 269,000, New Caledonia has been under French control since it was colonized in 1853. Native Kanaks represent about 40 percent of the island's population.

The island now holds the status of a French special collectivity with its own congress and government. The territory enjoys rather broad autonomy, but issues of defense, justice, education and foreign affairs are managed by Paris.

In 1988, the Matignon Accord proposed an end to direct French rule, while the 1998 Noumea accord set the timetable for a vote on the territory's independence from France to be held in 2018.

© AP Photo / Theo Rouby
'Just a Question of Time': New Caledonia Seeks Independence From 'Colonizing Power' France - Activist
Over the past few decades, New Caledonia has turned into a multinational region. It has been one of the most economically attractive territories in the Pacific and has seen high levels of migration, mostly from neighboring Asian countries. Additionally, New Caledonia remains one of France’s most attractive travel destinations.

However, in economic terms, the island is largely dependent on France, which ensures 30 percent of its public spending. Prices in the French special collectivity are 20% higher than the Eurozone average, and the levels of unemployment remain high due to numerous social and ethnic inequalities.