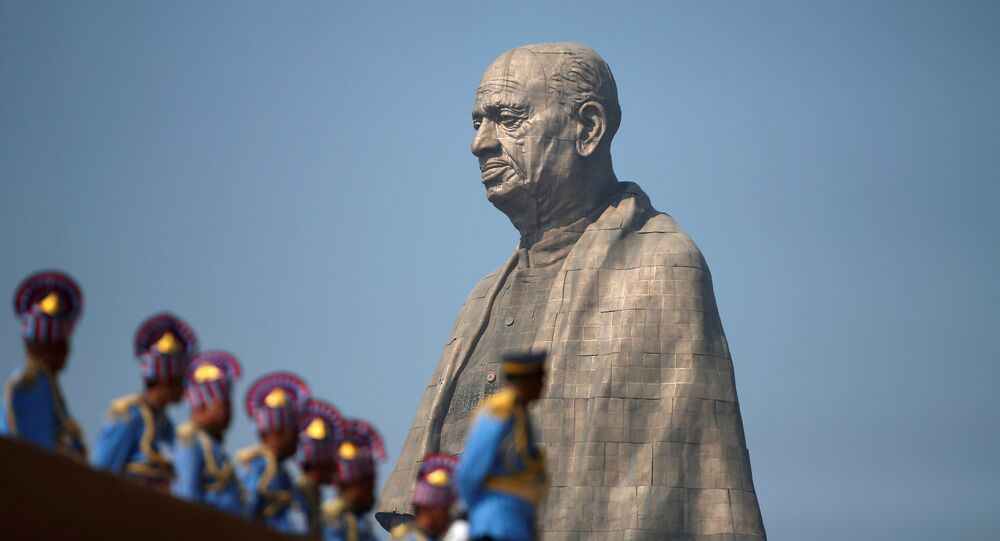 The Statue of Unity, built at a cost of 3 bln rupees ($430 mln), is twice the size of New York's Statue of Liberty. The tribute to Sardar Vallabhbhai Patel, whom Prime Minister Modi credits with unifying the nation, stands by the Narmada River in Gujarat, flanked by the picturesque Vindhya and Satpura mountain ranges.

The State of Gujarat in India has become home to the world's tallest statue. The 182-meter (600 ft.) tall monument was unveiled by Prime Minister Narendra Modi on October 31, 2018 as a tribute to the man whom he claims united India —  Sardar Vallabhbhai Patel.

Dedicating the Statue of Unity to the nation, Prime Minister Narendra Modi said: "the day will always be remembered in history."

Glimpses of the ‘Statue of Unity’ that will be dedicated to the nation shortly. pic.twitter.com/UWVYhizMn8

​The government of India expects the giant memorial to be a major attraction for travelers. Apart from being the world's tallest statue, the complex houses many other attractions for tourists, including a flower garden and visitor platforms offering a panoramic view of the nearby Sardar Sarovar Dam and the Narmada River.

"From the Eiffel Tower to the Taj Mahal, history is replete with examples of iconic monuments outliving their costs and estimates and proving to be a major source of revenue. The debate on the cost incurred (building) the Sardar Patel memorial is irrelevant, as times to come will prove that it will be one of the most sought-after destinations for visitors coming to India," Denny M, Director of Santa Monica tourism consultants told Sputnik.

Fly past… Statue of unity pic.twitter.com/8jz5OATSB2

The Ghost of Googly-Eyed Greene: US Authorities Stumped Over Statue Vandal Caper