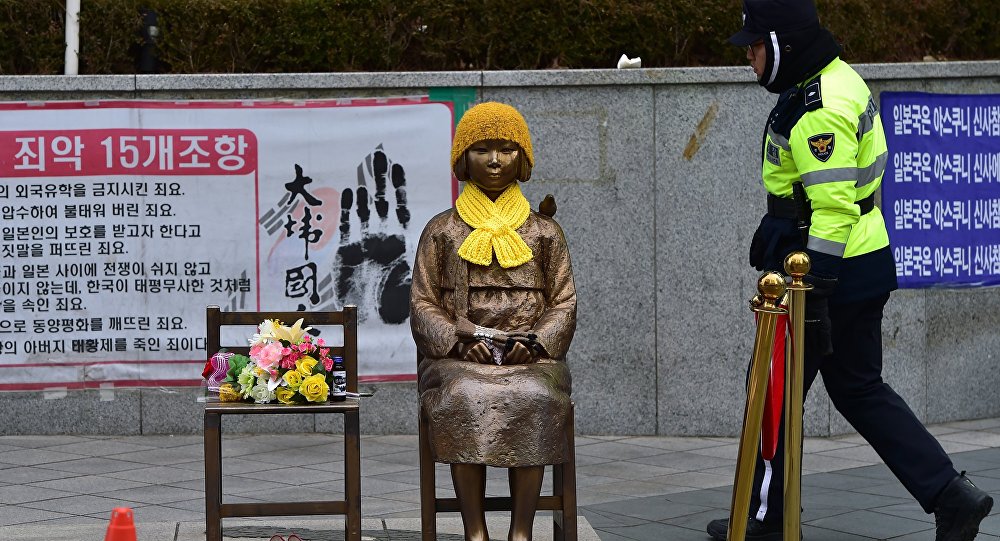 The ruling ended roughly 14 years of legal disputes over the issue and is expected to affect around a dozen more, inundating courts with new cases and damaging already tense Korea-Japan ties.

"The ruling is expected to shake the foundation of South Korea-Japan relations maintained since the signing of the 1965 agreement on the settlement of problems related to property, claims and economic cooperation," one anonymous senior foreign ministry official told Yonhap News Agency.

"This decision clearly violates Article II of the Agreement and inflicts unjustifiable damages and costs on the said Japanese company," Kono continued.

"Above all, the decision completely overthrows the legal foundation of the friendly and cooperative relationship that Japan and the Republic of Korea have developed since the normalization of diplomatic relations in 1965," he said.

If measures to remedy the decision are not taken, Japanese officials may "examine all possible options" to protect "the legitimate business activities by Japanese companies," the statement continued, with Tokyo potentially appealing cases to the International Court of Justice (ICJ).

"If that happens, it's hard to say we will surely win the ICJ suit," Seoul's ministry official said.

Former Vice foreign minister and ambassador to Tokyo Shin Kak-soo told Yonhap News that chances were high that "South Korea-Japan relations will be exacerbated further," adding that both countries should work through the consequences of the ruling, which could destroy over five decades of bilateral ties.

The latest diplomatic row has forced Seoul's foreign ministry to review its official stance on compensations, in addition to its strategy towards Japan.

© AP Photo / Korea Pool
Japan Slams South Korea for Sending Its Ship to Disputed Islands
The two countries were to reaffirm bilateral relations this year based on the 1998 joint declaration between former Korean president Kim Dae-Jung and Japanese prime minister Keizo Obuchi, both whom pledge to build a "new partnership toward the 21st century" following PM Obuchi public apology for Japan's war crimes.

"It's a very difficult problem and there's no certain solution," Korea University professor Park Hong-kyu told Yonhap. "The government will have to prepare for a response prudently, rather than rushing to react."