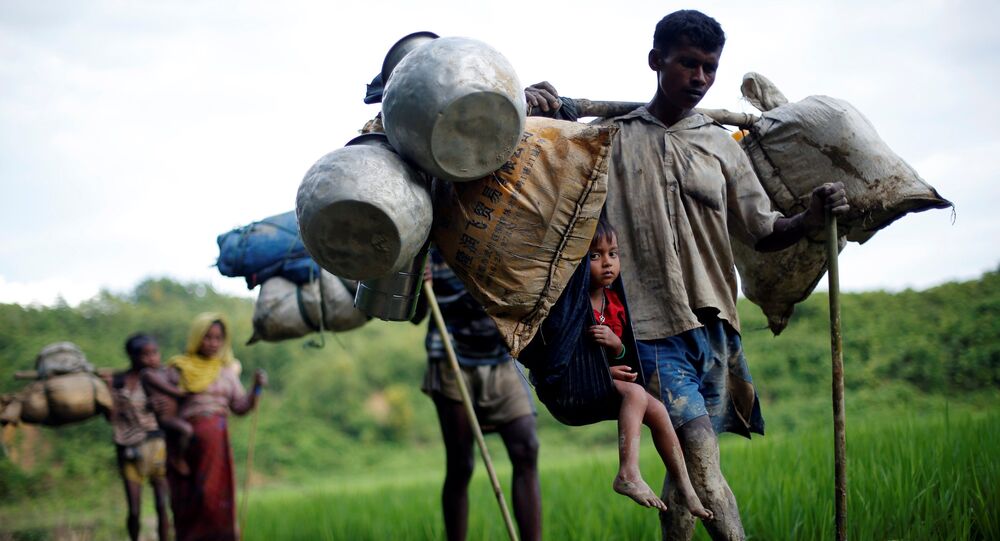 Myanmar and Bangladesh have arrived at a consensus on the repatriation of the 1.1 million Rohingyas who have been living in refugee camps in Bangladesh. Bangladesh had claimed on several occasions that Myanmar was delaying the repatriation process as it lacked the political will while Myanmar argued that the process was complex.

Bangladesh and Myanmar arrived at a crucial agreement on Tuesday during the third foreign secretary level Joint Working Group (JWG) meeting on the repatriation of verified Rohingyas- a Muslim minority in Myanmar. As per the consensus reached during the meeting in Dhaka, Myanmar will start taking back the Rohingyas who had fled from the Rakhine state of the Buddhist nation since the military crackdown began on August 25 last year following an attack by Rohingya insurgents on police posts in Rakhine. Presently, over 1.1 million Rohingya have been residing in Cox's Bazar refugee camp in Bangladesh. Bangladesh has long been asking India to mount pressure on Myanmar for the repatriation of these refugees.

"We have the political will for repatriation. We will begin the process next month," Myint Thu, Myanmar's foreign secretary, told reporters.

© REUTERS / Mohammad Ponir Hossain
India Deports Seven Rohingya Muslims to Myanmar After Court's Nod
However, the official from the two sides refused to provide the number of Rohingyas to be repatriated in the first phase.

"This repatriation is a complex process. It needs political will. We feel Myanmar has the will," Shahidul Haque, Bangladesh's Foreign Secretary told reporters on Tuesday.

Myanmar and Bangladesh had signed an agreement last November which stipulated a two-year time frame for completion of the repatriation process.

The consensus for starting the repatriation process has been reached at a time when crime has risen to record levels in the Rakhine state that has vitiated the environment once again. Locals fear that the situation has become worse since the death of a military intelligence officer, Phoe Lone, who was shot at point-blank range in the state capital, Sittwe, in September. The international community has also been raising similar concern over the safety of Rohingyas after their return to the homeland.

"We have put in place a number of measures to make sure that the returnees will have a secure environment for their return. We have trained the police, different law, and enforcement agencies in workshops — educating them against discrimination. Also, we have been raising awareness against such discriminations," Myint Thu told reporters.

© AP Photo / Todd Pitman
Rohingya Refugee Children Need Special Education – Bangladeshi PM
Meanwhile, the Indian government, which refused to provide shelter to Rohingya immigrants on grounds of national security, has expedited the diplomatic efforts with Myanmar for the return of an estimated 40000 Rohingyas who entered India through the porous border with Bangladesh. On 22 October, the topmost bureaucrat in India's Ministry of External Affairs Vijay Gokhale visited Myanmar and discussed the issue with Myanmar's State Counsellor, Aung San Suu Kyi.

Earlier this month, the Indian authorities in consultation with Myanmar repatriated seven Rohingyas to their homeland. Sources told Sputnik that at least 23 more Rohingyas will be deported to Myanmar anytime soon as their identification has already been completed.