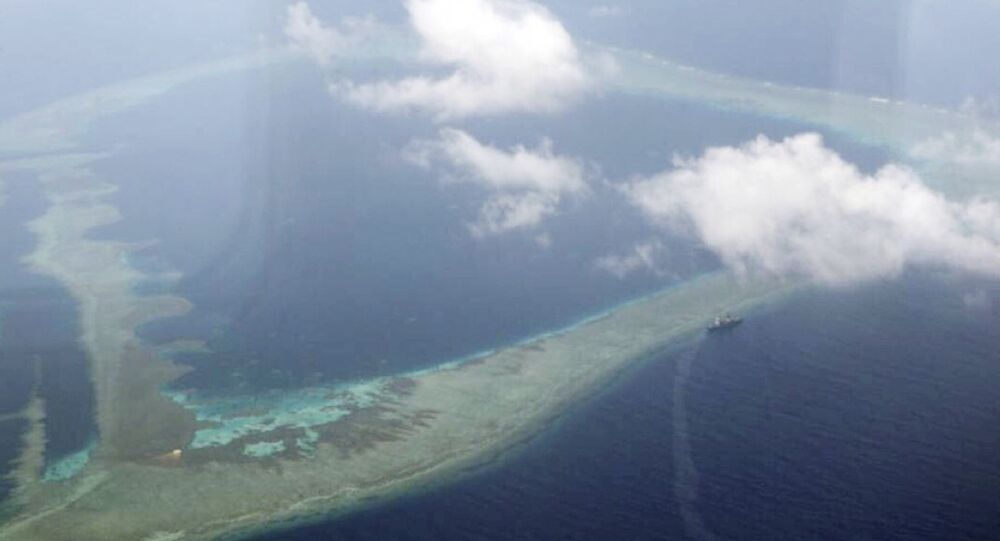 BEIJING (Sputnik) – China is ready to study the possibility of joint oil and gas production with the Philippines in the South China Sea, Chinese Foreign Minister Wang Yi said on Monday.

"The Chinese party is ready to continue exploring the possibility of joint development of oil and gas [fields] in the South China Sea together with the Philippines. To postpone the dispute and engage in the joint development is a proposal full of political wisdom, which [former Chinese leader] Comrade Deng Xiaoping made to the Philippine leadership 32 years ago," Wang said, as quoted by the Chinese Foreign Ministry.

© AP Photo / Aaron Favila
Philippines to Defend Interest in S China Sea Despite Improved Ties With Beijing
The minister also pointed out that if the parties could implement joint energy development with mutual respect of the sovereignty, that would not only ease the problem of the lack of energy resources in the Philippines, but would also be a means of solving the territorial dispute, as well as a good example for other states, located in the region.

The foreign minister's statement comes amid China's involvement in a number of territorial disputes over the islands in the South China Sea. China and the Philippines along with Taiwan, Malaysia, Brunei and Vietnam are contesting the Spratly archipelago, whose shelf has significant oil and gas reserves.

In July 2016, the Hague-based Permanent Court of Arbitration said that there was no legal basis for China’s maritime claims in the region after the relevant request of Manila. China refused to recognize the court’s ruling.