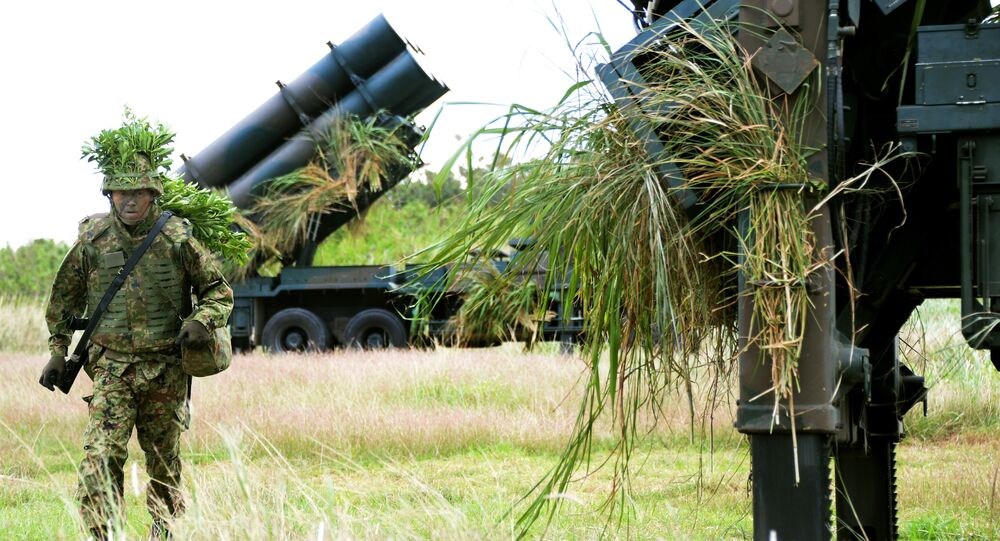 Tokyo and Beijing have long been involved in a territorial dispute over the disputed Senkaku Islands in the East China Sea which are referred to by China as the Diaoyu Islands and which are located next to important shipping routes, as well as potentially large oil and gas fields.

The construction of a Japanese military base on Ishigaki Island in the East China Sea is due to start before the end of this year, according to Japan's Sankei Shimbun newspaper.

The government plans to deploy a garrison of the Japan Self-Defense Forces as well as batteries of land-to-ship and land-to-air missiles on the island, in a bid to try "to deter Beijing's military activity" in the East China Sea.

The newspaper noted in this vein that the Japanese troops are currently only stationed on the largest island of Okinawa in the area which is adjacent to the Senkaku Islands, which is claimed both by China and Japan.

Chinese coast guard vessels have repeatedly sailed near the disputed islands to showcase China's military presence in the area.

© AP Photo / Defense Ministry through the Japanese Foreign Ministry Homepage
Japan Protests Beijing's Gas Development Activity in East China Sea - FM
Tokyo and Beijing have been engaged in a territorial dispute over the uninhabited islands, known as the Senkakus in Japan and the Diaoyus in China, since the 1970s.

Japan claims that it has possessed the islands since 1895, while Beijing recalls that Japanese maps made in 1783 and 1785 pictured the islands as belonging to China.

After the Second World War, the islands were controlled by the United States until Washington returned them to Japan in 1972. However, China insists that Tokyo maintains control over the islands illegally.