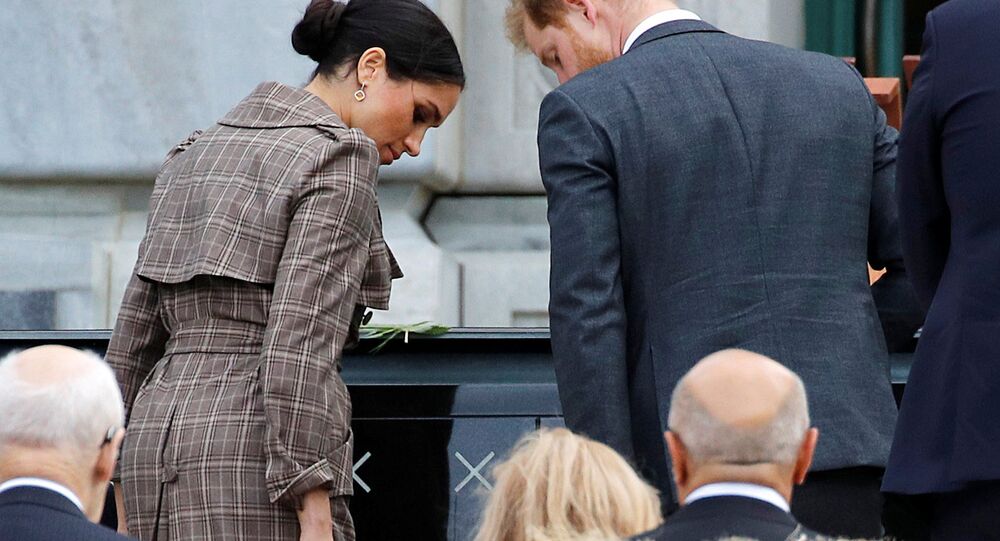 The Duke and Duchess of Sussex have been on a 16-day tour in the South Pacific region that includes stops in Australia, New Zealand, Fiji and Tonga. The tour’s aim is to focus on mental health, youth, and environmental issues.

Government House, where the Duke and Duchess of Sussex are staying in Wellington has been evacuated after a fire alarm went off, Nine News Australia reported.

It is not clear if the royals were in the residence at the time.

Five fire trucks arrived at the scene after receiving a call at around 6:45 p.m. local time, almost at the time when National Party leader Simon Bridges and his wife were supposed to welcome the couple to the island nation, according to local media reports.

BREAKING: 5 fire trucks called to Government House here in Wellington where the Duke and Duchess are staying after the fire alarm sounded — guests evacuated — a clothes steamer may be responsible for setting off the alarm @9NewsAUS #9News pic.twitter.com/VHo4s7XLTF

The fire brigades have not found out what caused the alarm to go off, though a Government House representative suggested it was a vegetable steamer, that caused all the trouble.

Government House now saying they think it was a vegetable steamer that set off the fire alarm — investigations continuing @9NewsAUS #royaltour pic.twitter.com/bc11e6bLfk

The Royal couple has spent four days in New Zealand, where they met with Prime Minister Jacinda Ardern, went for a trail walk in a national park and participated in the celebration of the 125th anniversary of women's suffrage.