China’s yuan reached a 22-month low. The losses came despite the fact that Wall Street rebounded on Friday after plunging on Wednesday – a day after Amazon, Facebook, Netflix and Google-parent Alphabet Inc. saw significant losses in value.
Sputnik has talked about falling markets in Asia with Sunil S. Poshakwale, Professor of International Finance in the Cranfield School of Management at Cranfield University.

Sputnik: Sunil, how high is the probability of a new financial crisis in Asia?

© AFP 2019 / TIM SLOAN
IMF Report: Global Economy Growth May Get ‘Worse’ if Trade War Continues - Prof
Sunil S. Poshakwale: Well, there are some risk factors at the moment that we need to bear in mind. As we know after decades of monetary life support, there is something called “great unwind” going on at the moment where every major economy is planning to raise interest rates, as we know the US has already raised interest rates.

So, just to give an example of China, the private debt in China now stands at $29 trillion today compared to only $6 trillion in 2017. There is also a concern about shadow banks such as hedge funds, pension funds, private equities, etc. which are on deposit techie institutions and they are lending this money. So, there is a debt boom going on.

So, there is some risk really as to what impact this high indebtedness and rising interest rates, plus some increasing oil prices as we know might have on the global economy generally and particularly on the Asian economies. 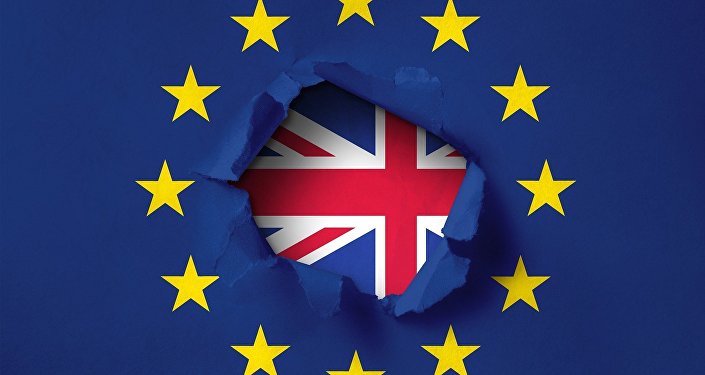 © CC0
Brexit Served: UK, EU to Face Off Over Exit Details, €60 Bln Debt
Sputnik: Right. So, now you’ve mentioned some risk factors would you also say that the US and China trade war is also something that needs to be accounted for?

Sunil S. Poshakwale: Well, absolutely. That is actually adding to the, you know, what you can say is this is a recipe for disaster, the looming disaster if it were to happen.

Clearly, it takes the world on advert because the current trade war between US and China is going to lower export sales for most emerging economies and those economies which trade with the US. This is going to drive up the prices of imports resulting in slow economic growth, relative fall in real incomes in many economies around the world.

And so if you combine this with the hawkish stand of the Fed which is continuing to raise interest rates because at the moment they don’t think that the inflation is a real risk in the US at the moment, the unemployment numbers are holding up in the US, the growth for the moment in the US economy are pretty okay. 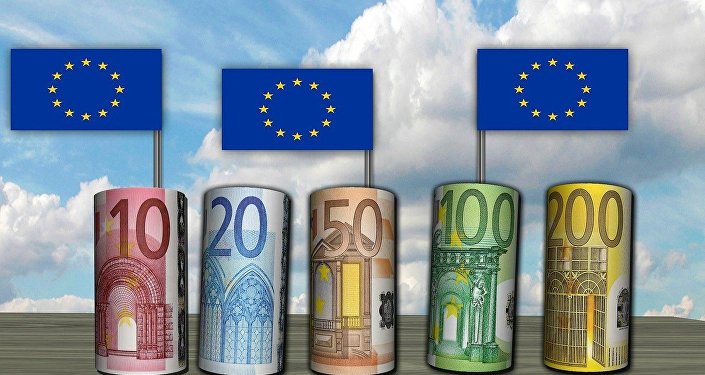 © Photo : Pixabay
IMF Scolds EU Countries for Not Using 'Good Times' to Cut Debt
So, if you combine the trade war that is going on between China and US and in fact it’s having [an effect] on many economies which are exposed to China such as Malaysia, Singapore, Indonesia, etc. We actually do a lot of trade with China. We are looking at some sort of crisis, yes.

Sputnik: Right. What countries do you think are the most vulnerable right now?

Sunil S. Poshakwale: Well, I mean as I have said that countries which rely heavily with doing trade with China and particularly in the Asian region.

I could see Indonesia, whose one fourth of exports of intermediate goods are to China and clearly the current trade war is not going to help because if the Chinese growth slows down because of the trade war, and it is otherwise slowing down, this is going to have quite a significant impact on countries like Indonesia. Singapore might also be affected because it depends on manufacturing and trade if the trade flows decline; it’s also not going to do very well.

And Malaysia for that matter, you know, they also are a big supplier of electrical and electronic exports to China. And so these are, you know, some of the most vulnerable countries but on the other hand, there are other countries which might benefit from this. So, the impact may be a bit uneven on this.

Sputnik: Yes, of course, and so what can you say about the consequences for the global economy as a result of this financial crisis if it does happen, and particularly for the economies of Malaysia, Singapore, and Indonesia?

© AFP 2019 / STR
China Faces 'Alarming' Local Government Debt Amid Mounting Trade War With US
Sunil S. Poshakwale: Well, as I’ve already said that these three countries are particularly, you know, doing lots of business with China. They rely for their exports heavily with China and, generally, you know, countries which do business with China are going to be facing some sort of slowing down of growth because of this slowing down of growth in China and because of the trade restrictions, US’ particular on China.

But generally, it is not good news for the global economy because clearly what you want is a bigger coordinated interest rate policy around the world. If you top that up with few crises brewing out in Europe, for example, there is a lot of talk about Italy not doing very well currently and it’s not likely to hold up the budget norms that the European Union want it to.

There is a debt crisis going on in Italy and of course there is a big talk about Brexit, i.e. Britain leaving the European Union and all the uncertainty surrounding it. So, all these things together the trade war, high interests rates, and rising oil prices, slowing down of the Chinese economy, etc. is not a good news for the global economy as a whole.

Views and opinions expressed in this article are those of Sunil S. Poshakwale and do not necessarily reflect those of Sputnik.