NEW DELHI (Sputnik) - The police of the Indian southern state of Kerala have detained about 1,400 people who participated in protests against the admission of women to the temple of Sabarimala over the past two days, Kerala police chief Loknath Behra said.

According to Behra, those detained are suspected of taking part in unauthorized actions and mass riots.

On October 18-22, the temple devoted to the Hindu god of Ayyappan for the first time opened it doors for women aged 10-50, who used to be banned from entering the temple. 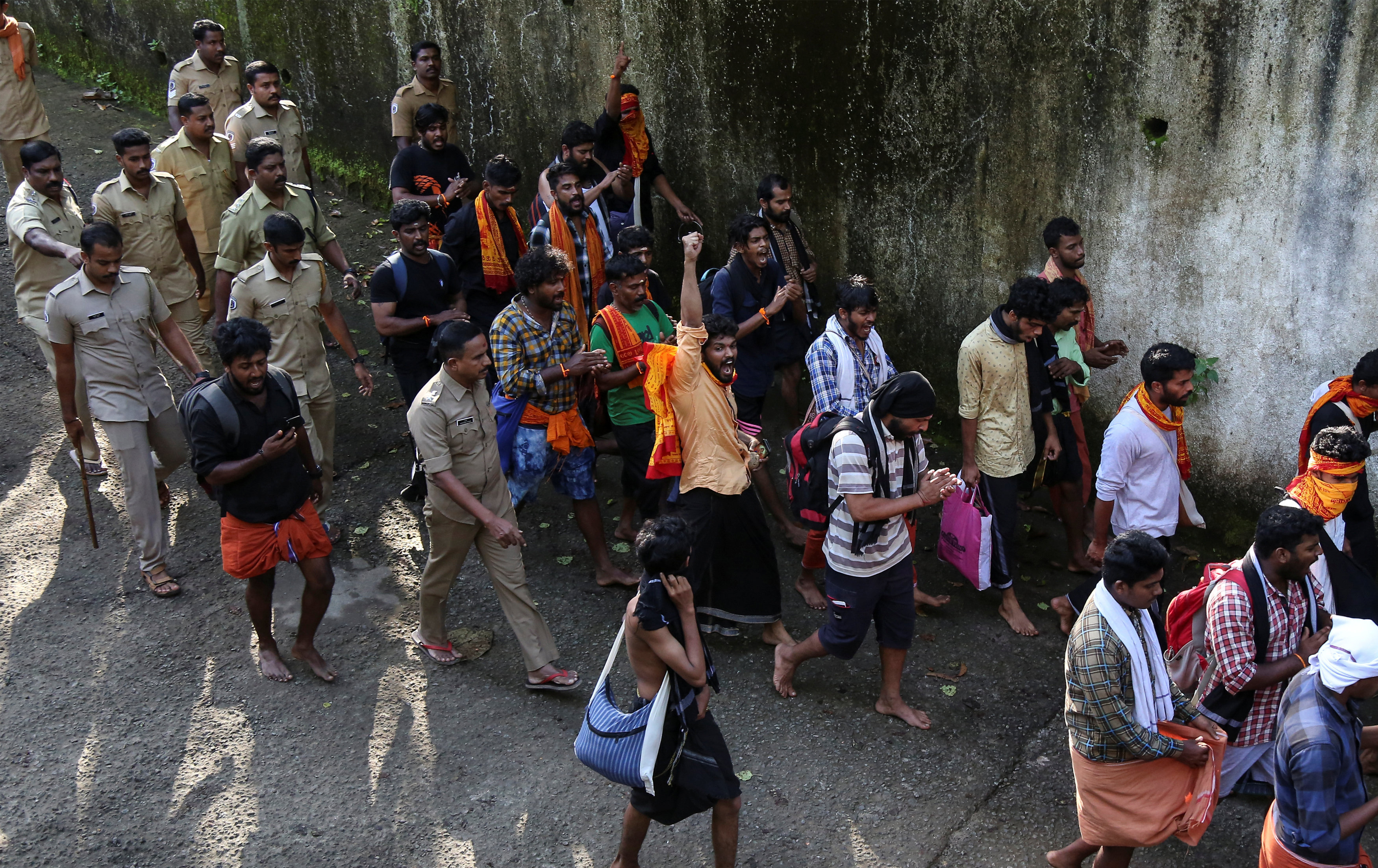 © REUTERS / Sivaram V
Policemen escort members of the Hindu groups to Pampa base camp, to prevent them from clashing with women of menstrual age entering Sabarimala temple for the first time in centuries, in Pathanamthitta district in the southern state of Kerala, India, October 18, 2018

However, a group of radical pilgrims blocked all the ways to the temple and prevented women from even approaching the holy site threatening them with violence. 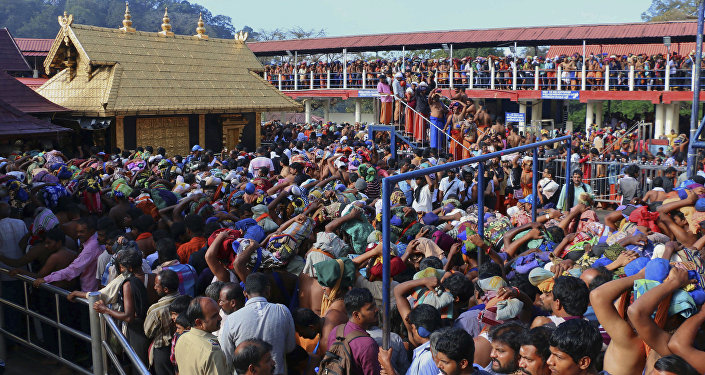 © AP Photo / Hareesh Kumar A S
Temple Entry Issue Becomes Volatile in Southern India
The Sabarimala temple used to be closed for the women of reproductive age as the god Ayyappan is thought to be a "bachelor," and the temple's caretakers protected the chastity of the shrine by admitting only girls aged below 10, women aged over 50, and men.

In late September, the Supreme Court of Indian found that selective admission of women to the temple was discriminatory and unconstitutional and lifted the ban.