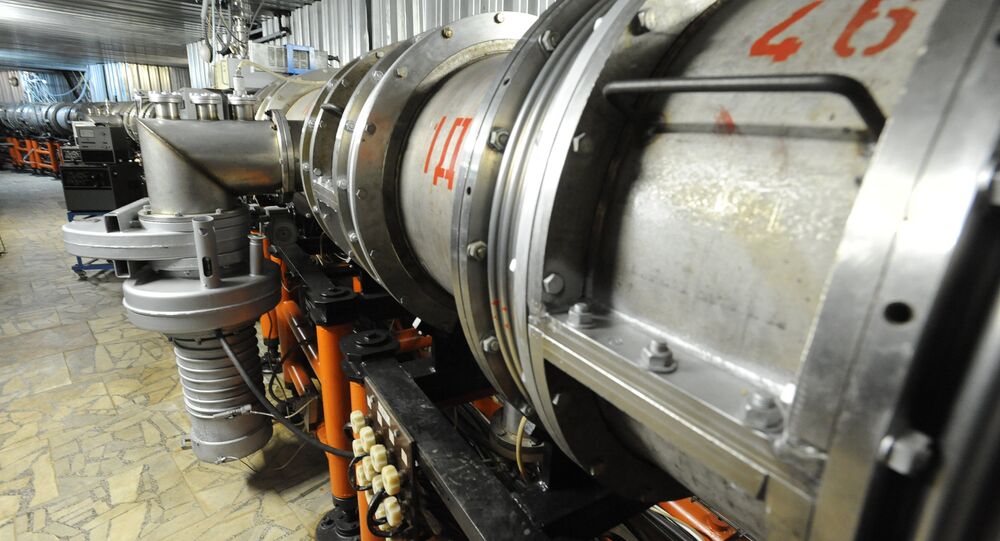 Chinese scientists plan to build the world's most powerful electron collider by 2030, a project that will cost 35 billion yuan ($5.5 billion), the project's leading scientist told The Global Times on Monday.

The location of the project has yet to be decided, Wang Yifang, director of the Chinese Academy of Sciences Institute of High Energy Physics in Beijing, told The Global Times on Monday. "The collider will have a circumference of 100 kilometers, with a center-mass energy up to 240 giga electron-volts both setting a world record," Wang said. The collider should produce more Higgs boson particles, the essential, inevitable quarry of modern particle physics, He noted.

The collider will provide light at a million electron-volt power level, creating the most advanced conditions for research on new materials and nuclear physics, Wang explained.

Scientists from the US, Europe and Japan have participated in designing the project, will work on the building process and conduct research with the collider, Wang said.

In a bid to maximize the project's service life, scientists are mulling upgrading the electron positron collider around 2040 into a proton collider, Wang noted.

By then, the center-mass energy for the CEPC will have reached about 100 tera electron-volts, seven times as powerful as the Large Hadron Collider (LHC) in Switzerland, Wang said.

© AP Photo / Elizabeth Dalziel, File
Big Science: China Melting the Permafrost to Create Forests in Tibet
The Swiss project near Geneva is the world's largest and most powerful particle collider and reportedly the largest machine in the world.

Fears have also mounted over the development of the huge collider. Some Western media said there's a chance the colliders could cause a catastrophe that engulfs space itself.

It was "groundless and with no scientific basis" to speculate that a collider could create a black hole that puts lives at risk, Wang said. "Powerful cosmic rays and nuclei clash daily on Earth at forces a million times stronger than those created in any lab."

"Similar concerns were raised before the LHC began running in Europe and time has proven its safety," he said.