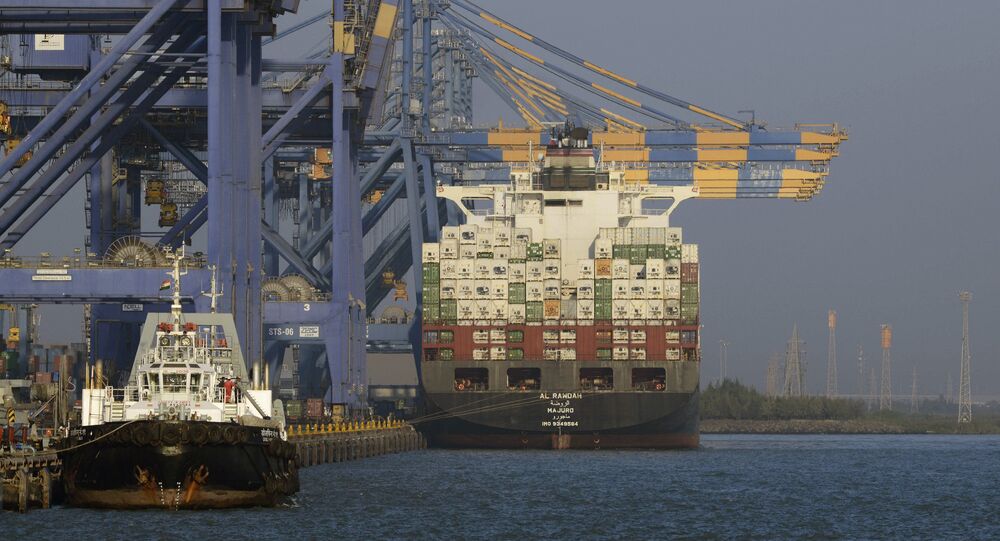 Delhi is looking to turn the Sino-American trade tensions to the advantage of local manufacturers from a wide range of economic sectors; possible gains in the US and Chinese markets may surpass $3 billion.

India's Department of Commerce has drawn up a list of close to 180 items, from auto parts to chemicals, which may benefit from the dispute between the world's two largest economies, The Times of India learned from unnamed government officials. The department has approached trade bodies and pushed them to fill the gap left by the growing trade rift between the United States and China with these items.

One of the sources estimated the possible gains of Indian exporters at $2 to 3 billion or more, depending on how aggressively the manufacturers attempt to enter the US and Chinese markets.

This can be seen as a remedy for India's growing trade deficit, which hit $16.6 billion in June (a five-year high), largely due to a hike in oil imports.

READ MORE: India, Iran to Speed Up Port Construction Ahead of US Sanctions – Reports

India spotted an opportunity for its exporters as Washington and Beijing began a tit-for-tat tariff escalation earlier this year, after Donald Trump introduced several waves of levies worth tens of billions of dollars on Chinese goods as part of his efforts to fix his country's bilateral trade deficit.

The POTUS has accused China of "unfair trade," including alleged state-led efforts to steal US technology and intellectual property as well as "discriminatory technology licensing practices." In September, he issued tariffs on $200 billion in Chinese goods, prompting Beijing to hike tariffs on $60 billion in US products.

India also risks facing US sanctions under the so-called Countering America's Adversaries Through Sanctions Act over the deal on the purchase of Russian-made S-400s and imports of Iranian oil. Washington, however, reportedly hinted last week that Delhi could avoid crippling levies if it agrees to buy F-16 jets from the US.