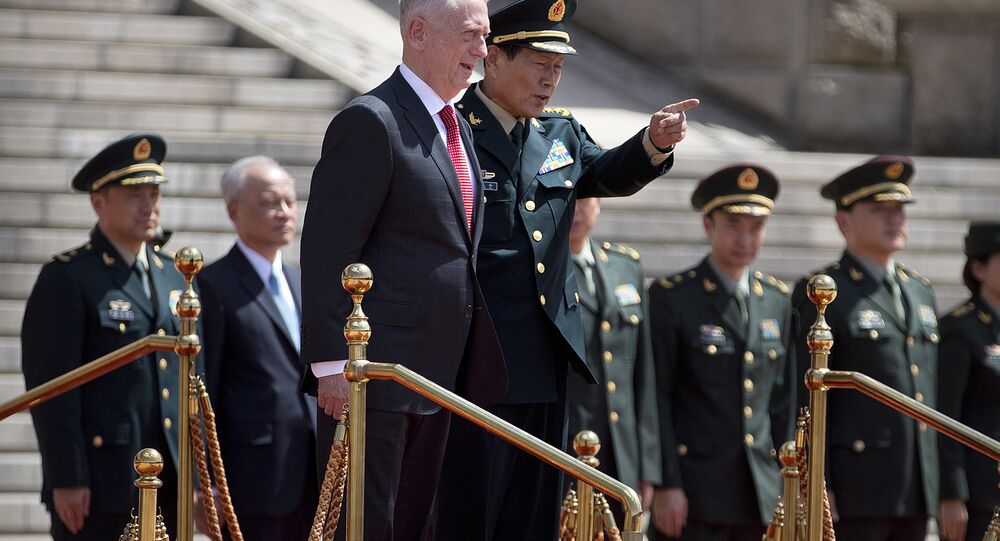 United States Defense Secretary James Mattis reiterated Washington’s position on the South China Sea Friday, calling for Japan and South Korea to work with America in the sea to prevent a singular power from dominating its waters.

"I think that all of us joining hands together — ASEAN [Association of Southeast Asian Nations] allies and partners — and we affirm as we do so that no single nation can rewrite the international rules to the road and expect all nations large and small to respect those rules," the secretary of defense said Friday after meeting with Japanese and South Korean officials in Singapore, The Hill reported.

The defense chief said the US would continue "to fly, sail and operate wherever international law allows and our national interests demand," before declaring that the US "cannot accept the [People's Republic of China's] militarization of the South China Sea or any coercion in this region."

Beijing has cultivated a slew of military assets in strategic areas of the South China Sea for what it calls national defense purposes. The resource-rich sea, which is also enormously important for trade in and out of Asia, is contested by numerous southeast Asian nations, which each claim unique and frequently overlapping rights to reefs, islets and fishing waters within the area.

US officials have long expressed dismay at China's construction of industrial outposts and military facilities on artificial islands in the South China Sea but have mostly reserved their reactions to verbal outbursts. US Navy ships conduct "freedom of navigation" operations in these areas, though, and US Air Force bombers sometimes conduct "flyovers" over the South China Sea.