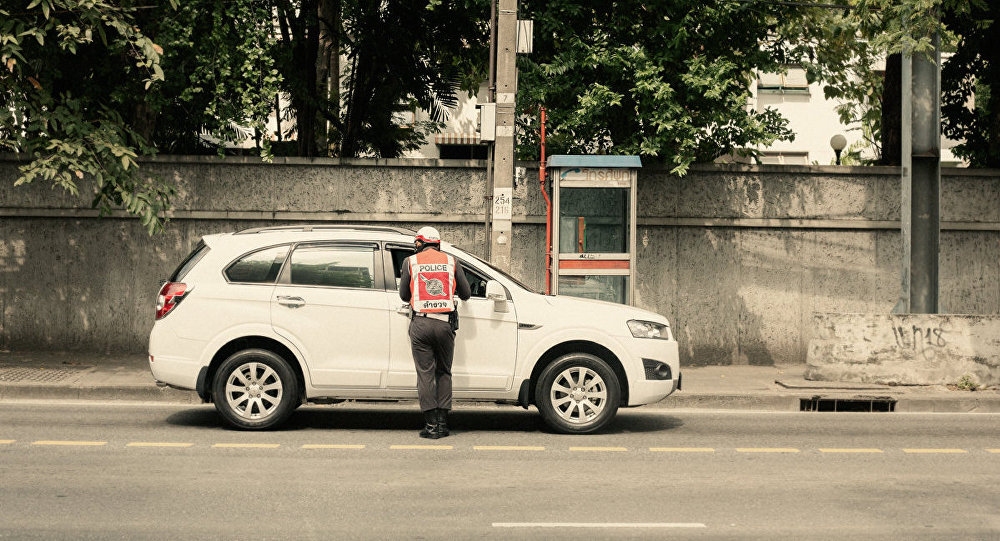 A British tourist and his Canadian accomplice have been charged with vandalizing one of Thailand's most treasured artifacts.

Liverpool-native Lee Furlong and Canadian Brittney Schneider were arrested after spray painting "Scougge Lee" across the Tha Phae Gate in Chiang Mai. If convicted, the pair could face up to 10 years in prison and a one million baht (£23,000) fine.

Furlong and Schneider, both age 23, were detained at the Mad Monkey Guesthouse after outraged locals shared social media footage of them defacing the 13th-century artifact early Thursday morning.

Due to Furlong's intoxication, he allegedly meant to say "Scouser Lee", referring to people hailing from Liverpool. Schneider topped off the crude street art by spraying her first initial "B" below.

After authorities detained the pair, Furlong allegedly said he found the spray paint in the street, adding he did not know it was against the law to vandalize the wall and that his vandalism was a form of "artistic expression".

The two were filmed around 4 am from a CCTV camera near a coffee shop tagging the red brick wall before wandering off after failing to hire a tuk-tuk. The footage of their early-morning adventure went viral on Facebook.

The pair were paraded before journalists as they reenacted their crime for police on Friday, with local workers scrubbing off the fine art shortly afterwards.

"When people visit somewhere they should know not to (leave) graffiti," Police Major Anon Cherdchutrakulthong said.

I think 10 years seems very fair. Everything has consequences. This is a historical site and doesn’t need these dumbasses redecorating it. Hope they enjoy their TIME

They should be thankful it’s not Singapore! What a pair of idiots

Westerners have made headlines for similar offenses after the FBI Art Crime division tracked down Michael Rohana, 24, who snapped a selfie with a 2,200-year-old terracotta warrior on display at the Franklin Institute in Philadelphia, Pennsylvania, and then snapped off the ancient relic's thumb as a souvenir.

The incident infuriated officials from the Shaanxi Cultural Heritage Promotion Center who said they were "shocked and outraged" and called for "exemplary punishment".

The incident had taken place during an Ugly Sweater Christmas party, but museum employees failed to report the incident until January 8. Rohana was charged on three counts and released on $15,000 bail.