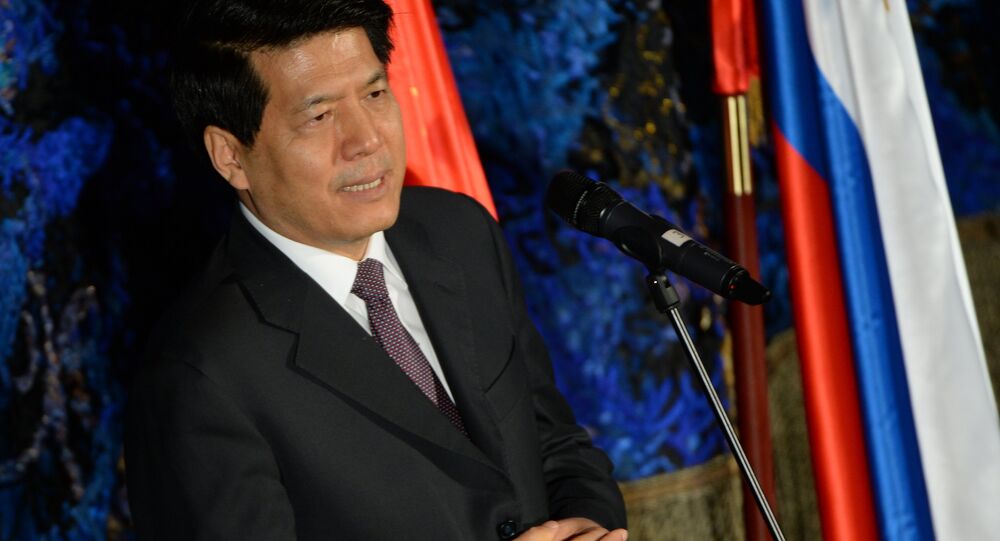 During the plenary session of the annual meeting of the Valdai Club, Putin noted that Russia and China had reached an "unprecedented" level of trust.

"I listened with great interest and attention to the speech and answers of Vladimir Putin. This is a very remarkable speech. We especially appreciate his approaches and views on relations with China," the ambassador told Sputnik after Putin’s speech.

© Sputnik / Sergey Mamontov
Putin: Russia Will Use Nukes Only if Someone Launches Strike on Its Territory
Li added that he agreed with the Russian leader that there was great potential within the framework of China's One Belt, One Road initiative, and this project's synergy with the Eurasian Economic Union.

"In fact, we have already achieved significant success in our business cooperation, this is also important and useful for the development of Russia and China. Of course, you know that our leaders have identified promising areas for our cooperation, most importantly for our strategic cooperation. We will try to do everything possible to implement the agreements reached by our leaders, the agreements signed by our governments," the diplomat added.

China's "One Belt, One Road" strategy, announced by Chinese leader Xi Jinping in 2013, is aimed at developing infrastructure and strengthening ties between the Eurasian countries. The initiative focuses mainly on the Maritime Silk Route and on the land-based Silk Road Economic Belt.

In June, Russian Economic Development Ministry and the Chinese Commerce Ministry signed a joint declaration on a feasibility study of the Eurasian economic partnership agreement following the talks between Putin and Xi.