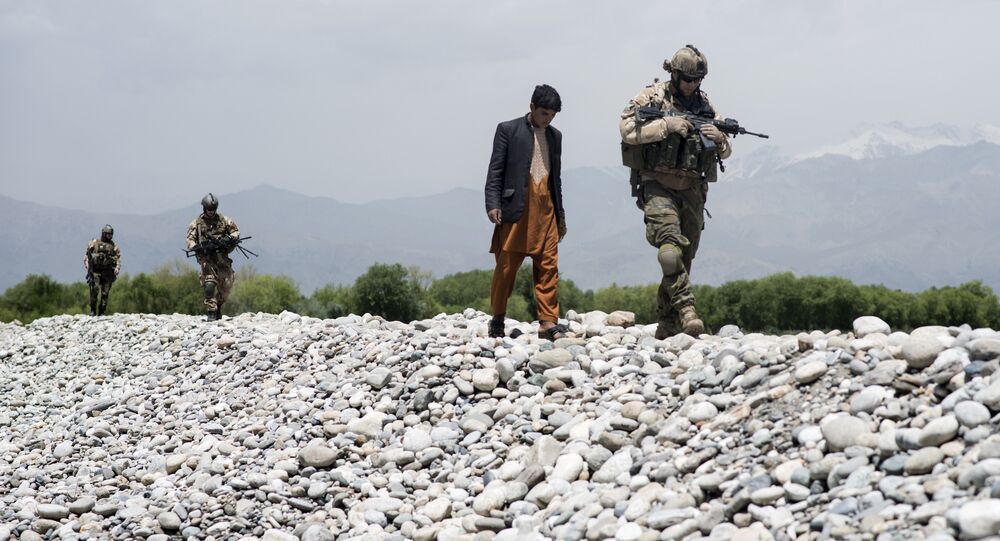 PRAGUE (Sputnik) – Five Czech servicemen, who were on a border security mission near the US Bagram air base in eastern Afghanistan, were injured by a car bomb blast, the Czech General Staff stated.

"On October 17, an assault on the members of the patrol took place while the service members of the Czech security unit were on a mission in the area of the Bagram base. The Czech servicemen were driving in their car next to a parked car when it exploded as a result of which the car with the servicemen overturned. Four military personnel sustained minor injuries while one serviceman was severely injured," the statement read.

© REUTERS / Omar Sobhani
Death Toll in Northeast Afghanistan Rally Explosion Hits 22 – Reports
Those injured had been transported to a hospital at the Bagram base. Three of those injured were subsequently released from hospital, while one of those wounded was left for medical care after undergoing a surgery.

Czech media have reported, citing sources in the Defense Ministry, that a Czech unit had killed one of the organizers of the attack on a Czech patrol in August, which left three NATO servicemen killed, including two Czech personnel.

© AP Photo / Musadeq Sadeq
Blast Rocks Rally in Northern Afghanistan: Kills 12, Injures 32 - Reports
The NATO’s mission in Afghanistan was launched in 2015. It includes over 13,000 servicemen who are providing training and advice to the Afghan security personnel in their fight against terrorism, particularly against the Taliban* group.

Militants operating in Afghanistan, including the Taliban group, stage attacks against foreign forces and government units deployed in the Asian country.