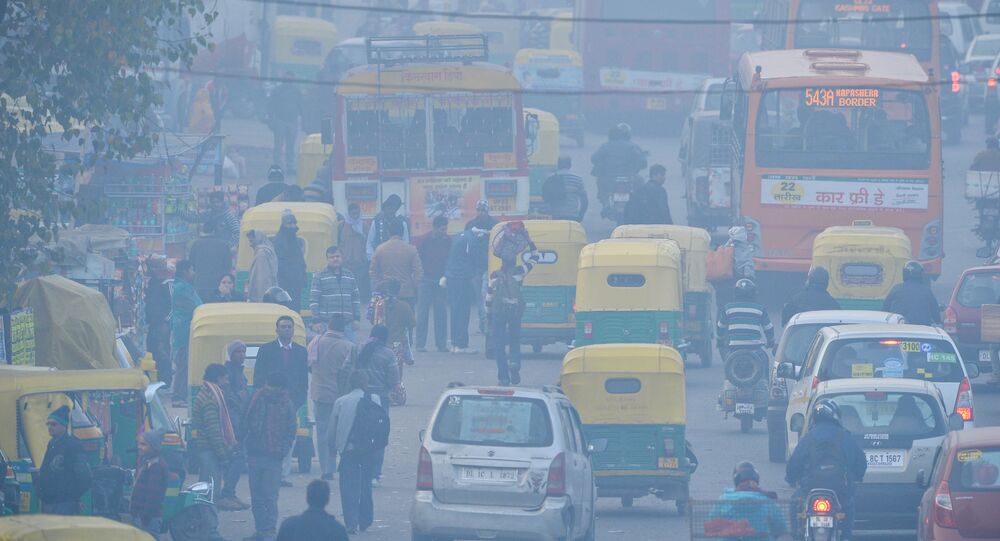 The approaching fireworks festivities and burning of crop stubbles before the next sowing season has triggered panic with the government in the national capital, where an emergency plan has been rolled out to combat the rising amounts of air pollution.

With the air quality dipping to ‘poor' category, the Indian government has scrambled the emergency plan to combat the dreaded smog filled winter season in the National Capital Region (NCR).

The Delhi-NCR region suffered the worst bouts of pollution last winter when the entire region was in the grip of haze and smog.

While the burning of firecrackers has been completely banned during the festive season in view of their polluting effect, another major reason for the worsening air pollution in India's National Capital Region has been burning of crop stubbles in the adjoining areas.

Punjab: Farmers in Bhatinda hold protest and continue stubble burning, say, "we are nature lover. But we have no other option. Government have not found any solution for us. They haven't provided us any relief. So we are still burning stubble" pic.twitter.com/pkwjIgxApZ

What is worrying is that despite precautionary measures being undertaken, recent satellite images show that farmers in Punjab and Haryana have started burning crop residue earlier this month.

© AP Photo / Tsering Topgyal
New Delhi Roads Get Improvised Gadgets for Smog Control
On Monday, the air quality in Delhi remained poor, as the overall air quality index (AQI) recorded at 10 am (Indian Standard Time) Sunday stood at 208, falling in the 'poor' category, according to the System of Air Quality and Weather Forecasting and Research (SAFAR).

An emergency action plan that has been rolled out in the Delhi NCR region includes category-wise steps such as a ban on diesel power generator sets and construction activities, impounding of polluting vehicles, mechanized sweeping of roads or even rolling out the odd-even scheme for vehicle use if the condition worsens.

Meanwhile, scientists have developed a new system that offers predictions on air quality across India.

"Government scientists have set up a new system that will provide warnings about bad air three days before deterioration in the climate," Dr Harsh Vardhan, Union environment and science minister told reporters.

At the launch of Air Quality Early Warning Sytem for #Delhi Union Minister @drharshvardhan spoke with @PIB_India about the series of mitigation steps taken by Union govt. to address the issue of air quality.
Listen ⬇️ pic.twitter.com/uW9gZYrrxL

On Tuesday, the PM10 level (presence of particles with a diameter less than 10 micrometers) in Delhi stood at 183 and the PM2.5 level was recorded at 93, according to the meteorological data. The air quality is expected to deteriorate further in the coming days.