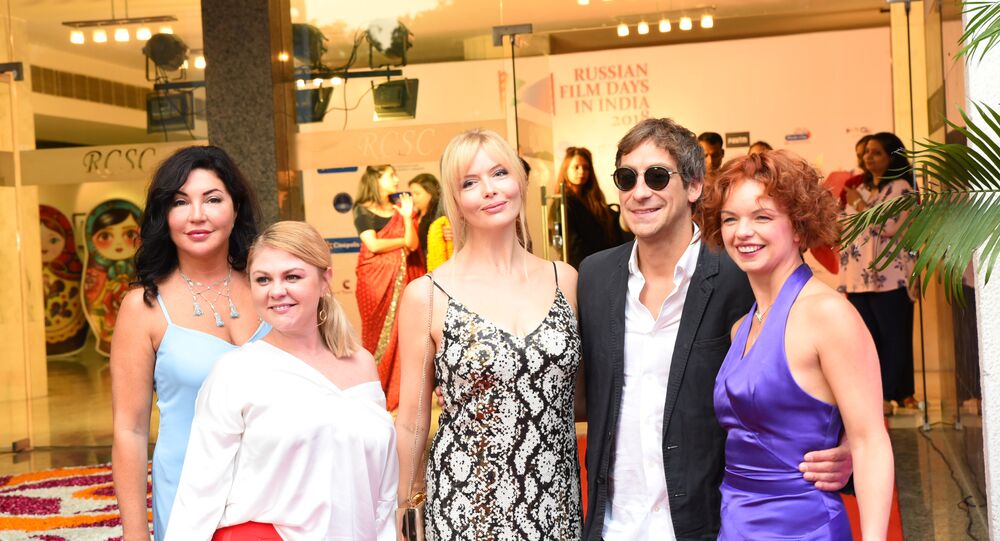 The fourth edition of the film festival “Russian Film Days” in India, which was inaugurated on 12th October in three major cities of India, came to a close on Monday. The event was part of the cultural events at the Russia-India Annual Summit held last week in New Delhi.

Iconic Russian films were on screens in Indian towns for last four days with the "Russian Film Days" in India inaugurated on Friday with dignitaries, stars of the silver screen and Indian fans in attendance. The festival received warm response and film critics in India are anticipating more collaboration in the Indo-Russian film industry.

Film critics in India have given a collective “two thumbs up” to the ‘Russian Film Days' in India 2018.

"These festivals are filling a long felt void. Now, these engagements must translate into joint productions and exchange of film. Both countries have certain strengths in filmmaking which can evolve a symbiotic system of film production," Indian filmmaker Ravindra Tripathi told Sputnik.

The inaugural event was marked by the world premiere of the Russian movie "The Last Trial", a saga depicting a true terror hostage event.  Expanding its boundaries with its growing popularity, the most successful and prominent films were shown to the enthusiastic audience not only in Delhi but in the city of Pune and the headquarters of Bollywood, the Metropolis of Mumbai.

The opening ceremony of the film festival was held at Russian Center of Culture and Science on Friday and was attended by the Russian Ambassador to India Nikolay Kudashev, among others.

#RCSC New Delhi is ready for the opening night of the #RussianFilmDaysinIndia — 2018! pic.twitter.com/68SrJot8Ep

"Films and other art forms play an important role in bringing countries and their people closer and we look forward to the exchange through films and film fraternity as a means to strengthen the age-old friendship between India and Russia,"  Russian Ambassador to India Nikolay Kudashev said while speaking in the inaugural ceremony.

Audience members present during the inaugural ceremony of the festival were jostling with one another to shake hands with "The Last Trial" actresses Annа Churina and Alisa Grebenschikova.

Sagar media inc Delhi Media lined up to have glimpse of Russia fine actress at Russian cultural centre on Friday 5.30 PM
For their visit to curtain raiser Press conference on Russian Film Days in India in New Delhi pic.twitter.com/kGLglBN6y4

"I came to India first time when I was only 18 and I was a tourist then. Today I am so happy to be back to this place which is full of cheerful people. I love the kind of emotions which the people and the films in India express and bring to the screen," Alisa Grebenschikova told Sputnik.

"The Last Trial is a movie based on a true story of a terrorist attack which happened in Russia 16 years ago. It's a movie which displays the limits of human endurance. I am playing one among the hostages. I am happy to see the Indian audience welcoming us all here," actress Anna Churina told Sputnik.

The organizers of the event have expressed their wish to expand the Indo-Russian film engagement.

"We are considering this as the beginning and look forward to more and more collaboration. Bollywood is very popular in Russia and there is a lot of scope for partnership," head of the delegation and Producer of Russian Film Days in India, Galina Lemesheva told Sputnik.

The first festival "Russian Film Days" was first held in India in 2015. The organizing of the event was mentioned in the joint statement of the President of Russia Vladimir Putin and the Prime-Minister of India Narendra Modi during the BRICS summit a year before.