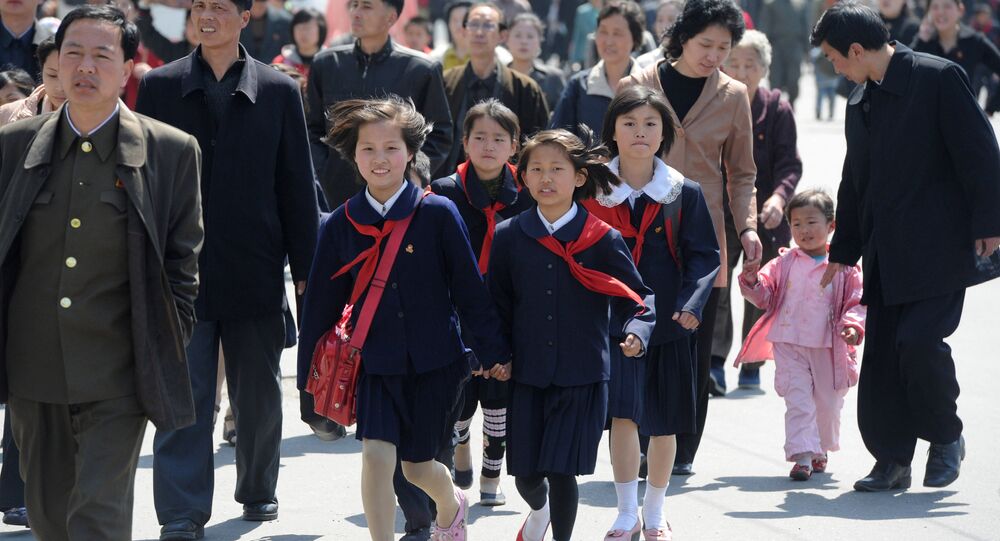 FORT ROSS (Sputnik) - It is time to consider the possibility of relaxing sanctions on North Korea, Russian Permanent Representative to the United Nations Vassily Nebenzia told Sputnik, stressing the need to wait for the right moment for actually doing this.

Nebenzia attended the opening of a memorial cross at Fort Ross Orthodox Cemetery in California. "We said that it is time to think about [relaxing of North Korea sanctions]. Let's wait and see when it is the right time [to do so]," Nebenzia said.

© CC0
Seoul Can Lift Sanctions Imposed on North Korea After 2010 Warship Sinking
However, the situation on the Korean peninsula improved this year since the leaders of North and South Korea began bilateral talks that resulted in a joint agreement to reach a peace deal. In June, the United States and North Korea reached an agreement requiring Pyongyang to denuclearize in exchange for sanctions relief and a halt to US-South Korean military drills.

Moreover, the most recent inter-Korean summit, held on September 18-19, resulted in Seoul and Pyongyang signing a military agreement to cease large-scale artillery exercises and military flights near the demilitarized zone. This was the third meeting of North Korean leader Kim Jong Un and his South Korean counterpart Moon Jae-in in 2018. A fourth visit involving Kim visiting Seoul is expected to happen by the end of the year.

© Sputnik / Valeriy Sharifulin
Pompeo Accuses Russia of Undermining Sanctions Policy on North Korea
US National Security Adviser John Bolton has said that the second meeting between US President Donald Trump and North Korean Chairman Kim Jong-un is expected in the next coming months. Bolton has also stressed the combination of the potential use of military force against North Korea and the maximum pressure campaign brought the country’s leader to the negotiating table.

Meanwhile, North Korean Foreign Minister Ri Yong Ho said Friday that Pyongyang is seeking to expand ties with Moscow in 2019. The minister noted that North Korea highly appreciates the fact that the Russian government supports Pyongyang's efforts aimed at stabilization of the situation on the Korean peninsula.