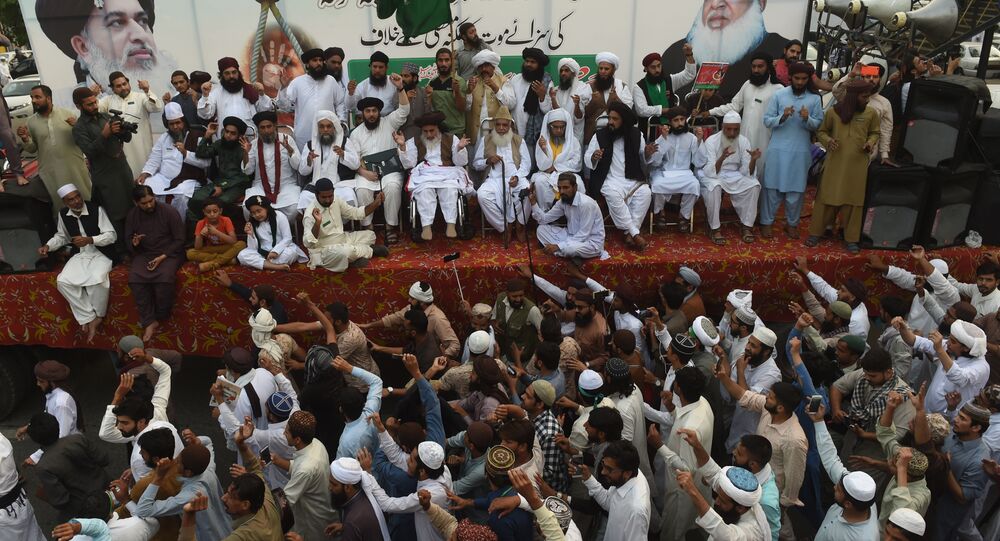 The woman was convicted in 2010 after she allegedly insulted Prophet Mohammed in a dispute with Muslim workers over a bowl of water.

The protesters were reportedly chanting “Hang infidel Asia!” as they were marching through the streets, and threatened to hold nationwide protests if the woman is released.

Ashiq Masih, Bibi’s husband, told The Daily Mail that even if his wife is acquitted, their whole family would have to leave Pakistan due to safety concerns.

"We believe they will set her free, but the circumstances are such that she would be unable to live in Pakistan as a free woman. She would not survive," he remarked.

In 2009, Bibi was working in the field near her home village in Sheikhupura, Punjab, when she asked for water and the Muslim women working with her insisted that Bibi was "unfit to drink from the same water bowl as them" because she was a non-Muslim.

"I believe in my religion and in Jesus Christ, who died on the cross for the sins of mankind. What did your Prophet Mohammed ever do to save mankind?" Bibi reportedly said when the women went on to insult her religion.

The Muslim women quickly complained to a local imam, and soon a violent mob descended on Bibi’s residence and beat her up in front of her children.

The responding police officers promptly arrested Bibi and threw her in jail, and a year later she was convicted of blasphemy, “a charge so sensitive in Pakistan that anyone even accused of insulting Islam risks a violent and bloody death at the hands of vigilantes,” as the newspaper points out.