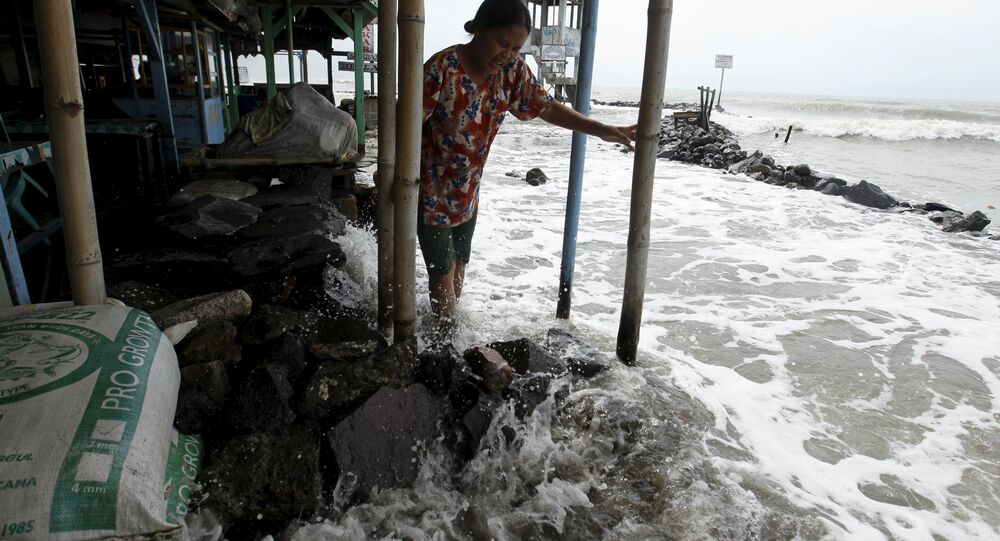 MOSCOW (Sputnik) – The recent powerful earthquake that rocked the Indonesian island of Java left three people killed, the Xinhua news agency reported, citing the spokesman of the Indonesian National Board for Disaster Management.

"The victims were hit by the debris of collapsing buildings when they were sleeping so that they could not escape," Sutopo Purwo Nugroho told the Xinhua news agency in a text message.

The agency noted that the Gayam sub-district of the Indonesian East Java province had been affected the most by the quake.

A lot of houses in the area and beyond it had been damaged by the tremors, the outlet added.

On October 10, the United States Geological Survey (USGS) said that the magnitude 6.0 quake struck the area close to the island at 18:44 GMT.

YouTube/Sputnik
Volcano Mount Soputan Erupts in Indonesia
Indonesia often suffers from earthquakes. In the most recent case in late September, a powerful 7.4-magnitude earthquake hit the island of Sulawesi. The tremor was followed by two 5.8-magnitude quakes. Additionally, a 2-meter-high (6.5-feet-high) tsunami struck the city of Palu and the Donggala area in Central Sulawesi after the tremors.

According to the latest reports, nearly 2,000 people were killed and another 2,500 were injured while thousands of others still remain under the rubble as a result of the disaster.