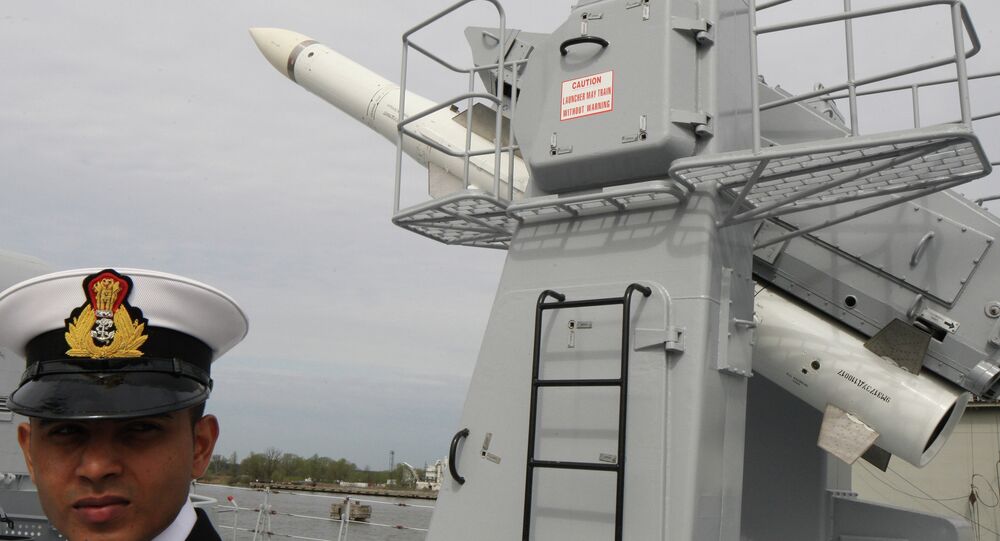 BrahMos is a joint venture between the Defence Research and Development Organisation (DRDO) of India and NPO Mashinostroyenia (NPOM) of Russia and is considered the world’s fastest missile to date.

Indian authorities on Monday arrested a scientist working in the state-funded BrahMos Missile Research Centre (BMRC) from the western city of Nagpur for leaking sensitive information about the nuclear-capable supersonic cruise missile BrahMos to Pakistan. Nishant Agarwal was employed at the missile research center near Nagpur for the last four years. He was arrested in a joint operation carried out by the Uttar Pradesh Anti-Terrorism Squad (ATS) and Military Intelligence.

"Very sensitive information was found on his personal computer. We also found evidence of him chatting on Facebook with a Pakistan-based person," Aseem Arun, a senior official from the Uttar Pradesh Police told the media.

Very sensitive info was found on his personal computer. The name of the person is Nishant Agarwal. We also found evidence of him chatting on facebook with Pakistan based IDs: Aseem Arun,IG UP ATS on a person working at Brahmos Unit in Nagpur arrested on the charges of spying. pic.twitter.com/KS5ZYgOq8p

​Sources told Sputnik that in the past two days, several other spies have been busted by India's military intelligence, including one related to the army in Meerut cantonment. In Kanpur, two officials from the state-owned Defense Research and Development Organization (DRDO) have been questioned on suspicion of spying.