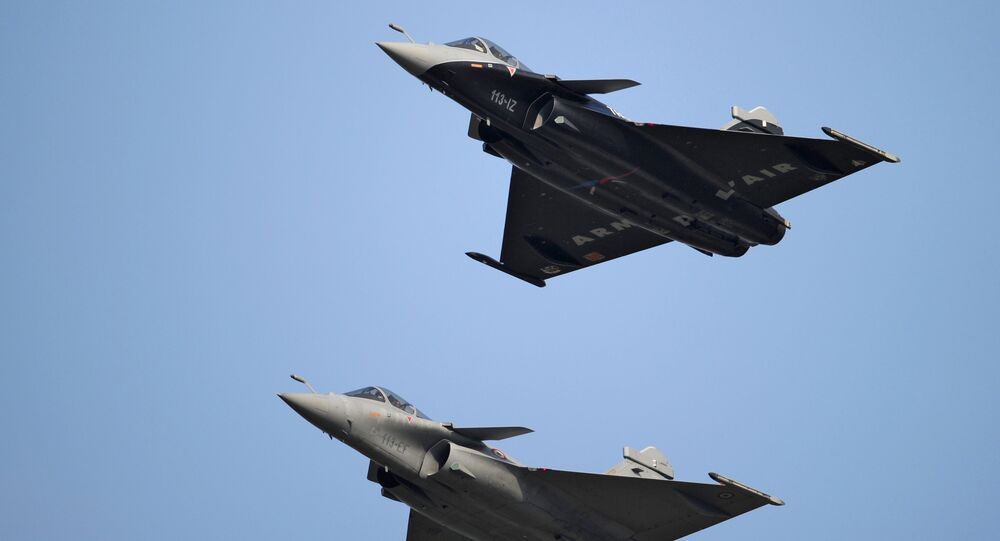 The Indian Air Force is waiting for the government’s nod before formally inviting a tender for 110 fighter jets. The tender would be open for both single-engine and twin-engine aircraft. Approximately 16-17 (15 percent) are to be bought in fly-away condition, whereas the rest are to be built in India, according to Air Chief Marshal B.S. Dhanoa.

New Delhi (Sputnik) — Air Chief Marshal B.S. Dhanoa has said that following the failure of the decade-long negotiations with Dassault Aviation for 126 fighter jets, the Indian Air Force (IAF) has become wiser, hence, this time around the proposed procurement of 110 fighter jets will be hassle-free and prompt.

The IAF was earlier looking for a single-engine jet to replace the aging fleet of MiG-21s and MiG-27s, but the government had to change the plan to avert a controversy as only two manufacturers Lockheed Martin and SAAB had expressed interest in the tender.

"For 110 fighters we issued the RFI, (and) got a response from six vendors. Have to get an AON (acceptance of necessity) and then we'll float the RFP, will not be a long procedure because testing and procedure were done last time. We are (also) wiser after the last RFP we had issued," IAF Chief B.S. Dhanoa said while addressing the media in New Delhi.

In July of this year, four firms namely Boeing F-18, Dassault Rafale, Eurofighter Typhoon, and United Aircraft Corporation had proposed selling their twin-engine fighter jets for the project worth $19 billion while Lockheed Martin's F-16 and SAAB's Gripen were single-engine fighters.

© AFP 2021 / MIGUEL MEDINA
Indian PM Likely to Face Privilege Motion for Not Revealing Rafale Deal Cost
The tender for 110 combat aircraft mandates the building of at least 85 percent of the order locally.

The Narendra Modi-led government has come under intense scrutiny after it scrapped an order with Dassault Aviation for 126 Rafale jets worth $12 billion in 2015, struck after a decade of negotiations, and sealed a separate government to government contract in 2016 for 36 fighter jets.