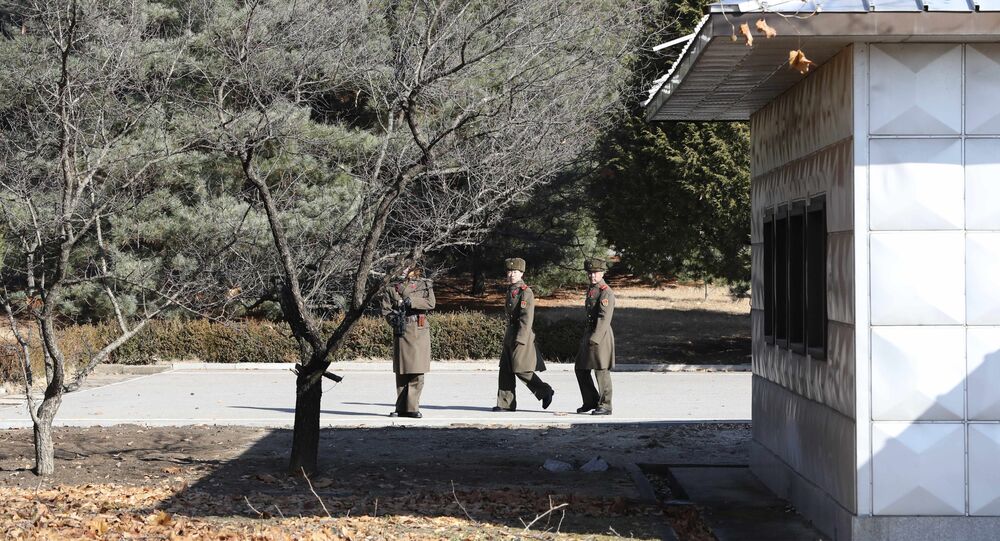 TOKYO (Sputnik) - Troops from North Korea and South Korea have started removing landmines from the demilitarized zone that separates the two countries as part of an agreement to search for the remains of soldiers killed in the 1950-1953 Korean War, the South Korean Defense Ministry told Sputnik.

There could be several tens of thousands of landmines in the demilitarized area, the South Korean Defense Ministry stated.

Within the next 20 days, the troops are supposed to remove all landmines from the so-called Joint Security Area (JSA) in the shared border village of Panmunjom, where the South Korean and North Korean leaders held their historic April summit.

© CC BY-SA 3.0 / Maeng9981
Canine Diplomacy: Kim Jong-un Reportedly Sends S Korea's President Two Dogs
The sides will also be demining the Cheorwon County in South Korea's Gangwon Province, where the remains of some 500 troops, including about 300 UN soldiers, are estimated to be buried, according to media reports.

The search for remains will take place in Cheorwon between April 1 and October 31, 2019.

In September, Moon Jae-in and Kim Jong-un met for the third time this year, contributing to the change in relations between the two countries that have been estranged since the end of World War II.