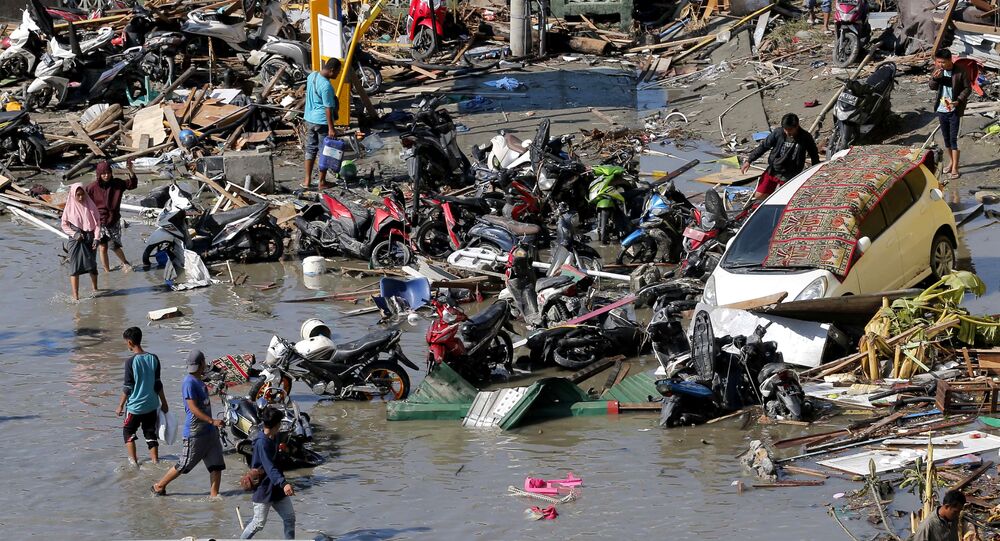 MOSCOW (Sputnik) - The Indonesian government plans to allocate over $37 million to assist those affected by earthquakes and tsunami that hit the country's island of Sulawesi, local media reported on Sunday, citing the Indonesian finance minister.

The requested funds are expected to be allocated later in the day to enable the BNPB to promptly proceed with its work, the news outlet added.

​The Indonesian authorities do not rule out that the amount of funds might be increased.

It’s a very sad and difficult moment. Lots of victims, a country in despair — no words can mend. We are overwhelmed by sorrow.
🙏#indonesia #sulawesi #palu #earthquake #tsunami pic.twitter.com/M8hfTR1zGC

​According to the finance minister, the country's government is currently focused on providing rescue and relief to the affected people, while issues relating to the infrastructure reconstruction will be addressed later.

On Friday, a powerful 7.4-magnitude earthquake hit the Indonesian island of Sulawesi. The tremor was followed by two 5.8-magnitude quakes. Additionally, a 2-meter-high (6.5-feet-high) tsunami struck the city of Palu and the Donggala area in Central Sulawesi after the tremors. According to the latest media reports, the number of natural disaster's victims in Indonesia reached 420.