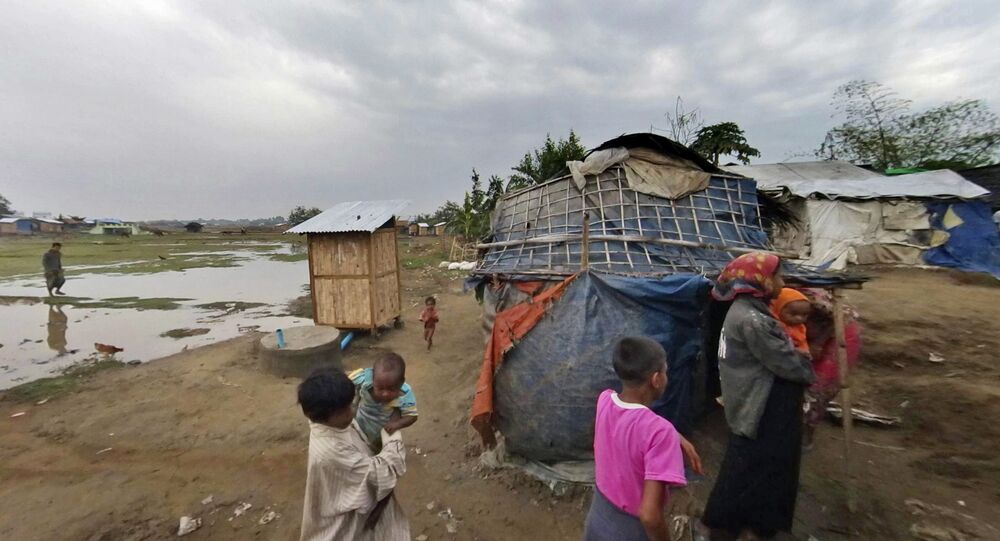 Bangladeshi Prime Minister Sheikh Hasina has appealed to the international community for more assistance for funding the education of Rohingya refugee children. She is of the opinion that those children need to get education in a specially crafted environment so their identities are not compromised as they have to return to their own land one day.

Prime Minister of Bangladesh Sheikh Hasina has appealed to the international community for its continued support in providing special education for the children of Rohingya refugees living in temporary camps in Bangladesh.

"We have to understand that these children fleeing conflict, ethnic cleansing and genocide are carrying heavy psychological trauma. They cannot be expected to accustom themselves to a normal school setting as the forcibly displaced Rohingya children are now living in a different cultural setting," Sheikh Hasina said while addressing a roundtable on "Investment for Education of Women and Girls" at the UN in New York.

Sheikh Hasina was of the opinion that educational programs in specially crafted environment would help the Rohingya children keep their original identity intact while they prepare themselves for their future once they return to their country (Myanmar).

More than 65 million people remain displaced and the number is increasing every day. A majority of them are women and children, she added.

#Sheshumela, A school of #Rohingya childrens…

Earlier, the UN chief, during his visit to refugee camps in southeast Bangladesh, had also stressed that more international aid was needed for Rohingya refugees in Bangladesh.

"The international community must do more to support nearly one million Rohingya refugees living in heartbreaking conditions in Bangladesh," UN Secretary-General Antonio Guterres had remarked.

Meanwhile, the US has pledged to give $185 million as aid to Rohingya refugees in Bangladesh.

© REUTERS / Mohammad Ponir Hossain
Russian Envoy to UN: Moscow to Provide Humanitarian Aid to Myanmar, Bangladesh
The US ambassador to UN Nikki Haley announced that the US would give over $185 million in humanitarian assistance, and of that amount, $156 million would go to the refugees and host communities in Bangladesh.

RT @USUN: We continue to be shocked at the ethnic cleansing that has taken place in Burma. Today, in a meeting focused on resolving the crisis in Burma, the U.S. announced an additional $185 million to support Rohingya refugees and host communities in Bangladesh. #USstrong pic.twitter.com/MIIxPsLWq2

India has also been helping Bangladesh by sending relief consignments as a humanitarian gesture.

According to an estimate, more than 700000 Rohingya Muslims have fled Myanmar's Rakhine state into Bangladesh following a crackdown by the Army of Myanmar in the western state of Rakhine in 2007 after militants from amongst the Rohingyas attacked some defense establishments.

There are more than a million #Rohingya refugees in #Bangladesh. Each of them has a name and a story. Meet some of them.

And please turn your sound on to get the full experience 😉 pic.twitter.com/N4iPg2ZgcZ