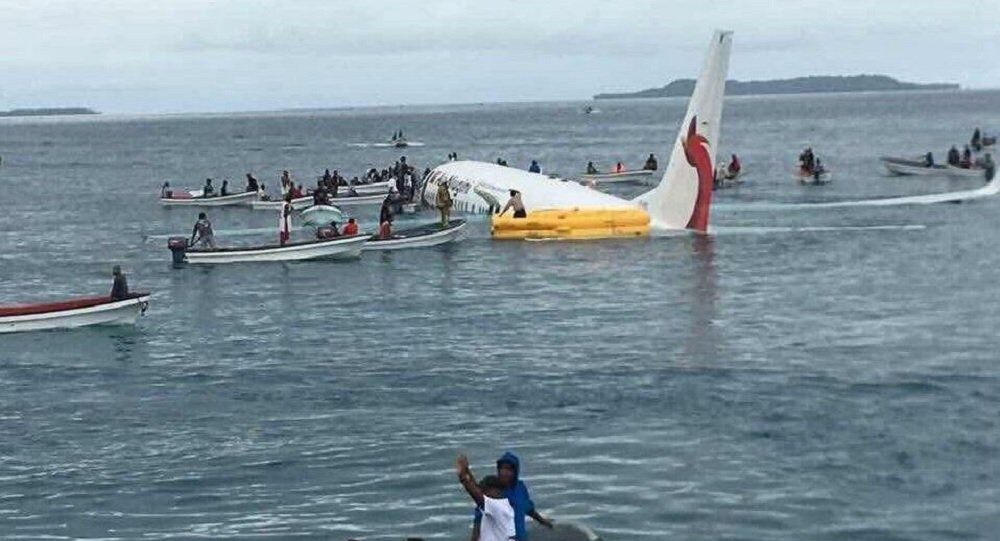 A plane carrying 47 passengers and crew crashed into a lagoon after it careened off the end of the runway at Chuuk International Airport in the Pacific island nation of Micronesia.

The Boeing 737-800, operated by Air Niugini, the national airline of Papua New Guinea, crashed into a lagoon near Chuuk International Airport in Micronesia on Friday, sparking a massive rescue operation by locals.

The runway at the airport is notorious for being especially short; half the length of the runways at London's Heathrow International Airport in the UK, the Daily Star notes.

​John Merelli, an employee at the nearby High Tide Hotel, told reporters that locals came out quickly and rushed to rescue the passengers.

A plane heading toward #PapuaNewGuinea lands in ocean after overshooting a runway in #Micronesia, according to Papua New Guinea officials; all 36 passengers and crew members aboard are safe pic.twitter.com/hzLdvE08Y0

​"The plane crash and in around five minutes the rescuers were there," Merelli told reporters. "They were ordinary people, because there are plenty of boats around the shore."

According to local media reports, all 36 passengers and 11 crew were successfully evacuated. The plane itself has sunk, according to The Daily Star.

'We'll Have to Take the Rap': Israeli Media React to Downing of Russian Plane