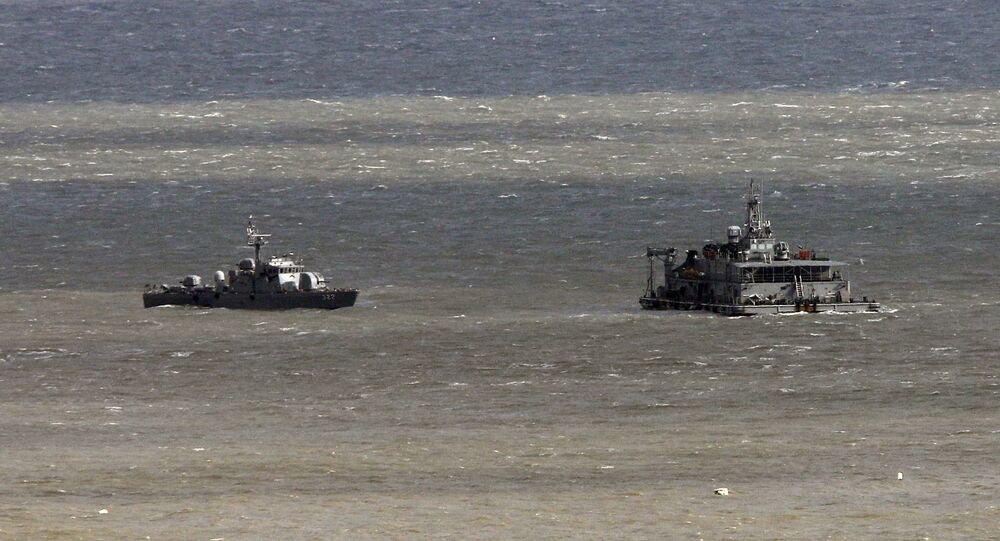 VLADIVOSTOK (Sputnik) - A fourth crew member of a Russian ship, detained in South Korea over unpaid wages, was taken into custody this week, the chairman of the Russian Seafarers’ Union told Sputnik.

The ship, Palladiy, was impounded for failing to pay wages in the South Korean port of Busan. The vessel left the port because of the approach of the typhoon and should have returned on August 28.

© AFP 2021 / ARUN SANKAR
S Korean Coast Guard Detains Russian Tanker in Korea Strait - Rescue Center
Instead, it attempted to leave South Korea without filing the necessary documents. The ship did not stop, despite demands of the Coast Guard. It was stopped only after the helicopter was called up and the landing was launched.

The ship’s captain, the senior mechanic and one of the sailors were detained earlier together with its owner. Sukhanov said a crew of 12 remained on board. A second mate and another mechanic were yet to testify.