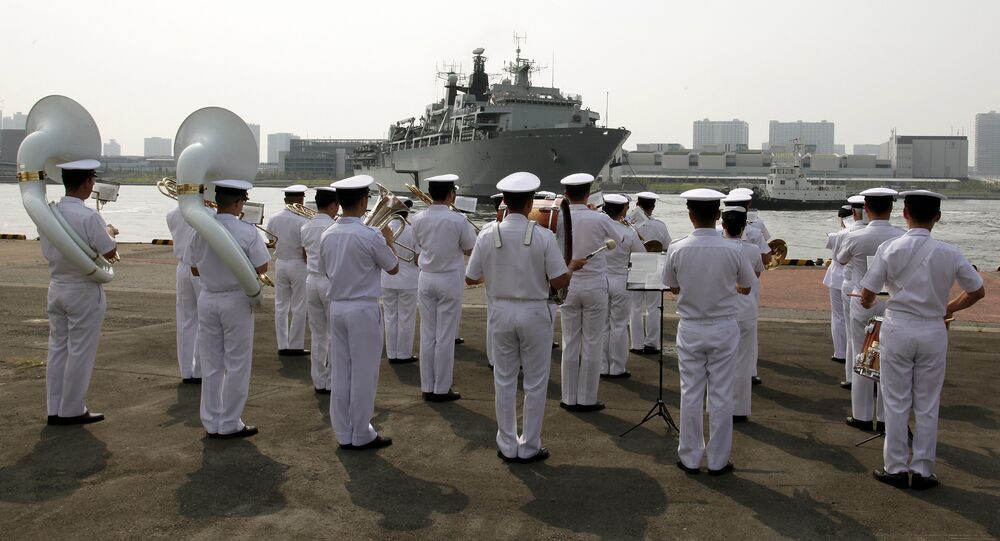 The Chinese government is keeping the pressure on Britain after a Royal Navy amphibious transport dock carrying landing craft and helicopters passed through the disputed Paracel Islands on its way to Vietnam earlier this month.

Beijing "hopes that Britain will truly implement its position of not taking sides in the South China Sea issue, earnestly respect China's sovereignty and territorial integrity and not do anything to disturb the mutual trust between the two countries," Chinese Foreign Minister Wang Yi said, in a statement released by China's Foreign Ministry on Tuesday.

According to the Ministry, Wang met with British Foreign Secretary Jeremy Hunt on Monday on the sidelines of the ongoing United Nations General Assembly, expressing Beijing's "stern position" on the sea zone and what it called the UK Navy's "provocation."

In Tuesday's statement, the Foreign Ministry reiterated its warning that the Royal Navy's decision to sail the ship through its waters was a risk to bilateral ties. Britain had been looking to restore a "golden era" of relations with the Asian country and clinch a much-needed free trade agreement with Beijing following its withdrawal from the European Union in early 2019.

Last week, China's Ambassador to the UK Liu Xiaoming accused "some big countries outside the region" of coming "all the way to the South China Sea to create trouble."

© AP Photo / MC2 Marcus Stanley
US Sends Ships ‘All the Way to the South China Sea to Create Trouble’ - Chinese Envoy
Beijing has repeatedly spoken of the need to resolve the territorial dispute in the South China Sea through regional governments, and pointed to the promising prospects of efforts to resolve the dispute between itself and members of the Association of Southeast Asian Nations (ASEAN). Earlier this year, the countries agreed on the need to encourage a "full and in-depth exchange of views" on the creation of a 'Declaration of Conduct' in the South China Sea aimed at easing tensions.

In addition to China, Vietnam, the Philippines, Brunei, Malaysia and Taiwan each have claims to parts of the South China Sea, a body of water which serves as a crucial trade artery accounting for as much as $3.4 trillion in shipping each year. The waterway has been a source of tensions amid competing claims in the region. These tensions have escalated in recent years amid so-called 'freedom of navigation' voyages by US, British and French warships in the area, as well as the creation of fortifications and aircraft landing strips by China and other nations in an effort to mark their claims.