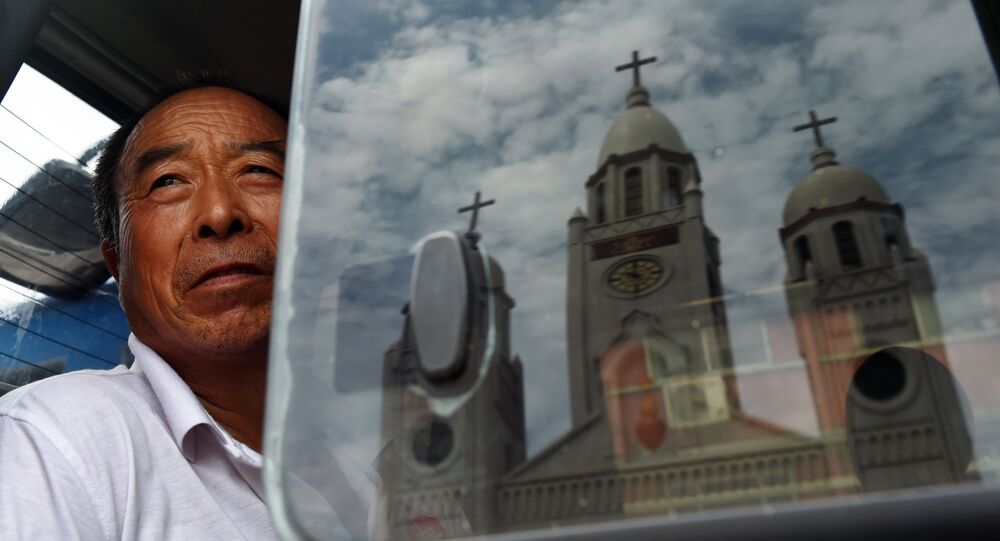 After more than 60 years of uncertainty regarding Catholic clergy members operating in China, the Vatican announced an historic accord, recognizing those bishops appointed by Beijing and setting new rules for their reappointment.

Announced by Pope Francis, the deal clears the way for the reappointment of clergy in China, concerning the nomination of bishops, “a question of great importance for the life of the Church,” the Vatican said in a statement on Saturday, AFP reported.

The accords “create the conditions for greater collaboration at the bilateral level” the statement released during Francis’ visit to Baltic countries said, adding that, “with these decisions, a new process may begin that will allow the wounds of the past to be overcome, leading to the full communion of all Chinese Catholics.”

The Pope recognized seven bishops earlier appointed by China without the approval of the Holy See and an eighth bishop who “had expressed the desire to be reconciled with the Apostolic See” before he died last year, according to the statement. The deal also ruled out that bishops in the future would be proposed by the Chinese authorities and then approved by the Pope, the BBC reported.

China said that a 'provisional' agreement was signed between vice foreign minister Wang Chao and Vatican under-secretary for relations with states Antoine Camilleri. The two sides will “continue to maintain communication and push forward the improvement of bilateral relations,” Chinese statement added.

The agreement came as a part of Chinese President Xi Jinping’s program of “sinicizing” religious practices in China. The government should “provide active guidance to religions so that they can adapt themselves to socialist society,” the Chinese president said, cited by the Guardian.

The deal was criticized by analysts as being 'naïve' from the Vatican side, yet Greg Burke, director of the Holy See press office, said that the deal is not political but pastoral; “allowing the faithful to have bishops who are in communion with Rome but, at the same time, recognized by Chinese authorities.”

© REUTERS / Stefano Rellandini
Analysts Explain How China-Vatican Thaw is a Win-Win for Both
There are an estimated 12 million Catholics in China, however, the Vatican cut ties with Beijing two years after the establishment of the Communist People’s Republic of China. The Vatican was also one of 17 nation-states to recognize Taiwan as The Republic of China, separate from the mainland.

Pope Francis has sought to improve relations with China since he took office in 2013. China had repeatedly declined the Pontiff's overtures, saying that the Vatican should give up its recognition of Taiwan and promise not to interfere with mainland China’s domestic policies.

The Taiwanese government noted that it has been assured by their European ally that the deal was “not of a political or diplomatic nature” and it would not affect their diplomatic relationship.