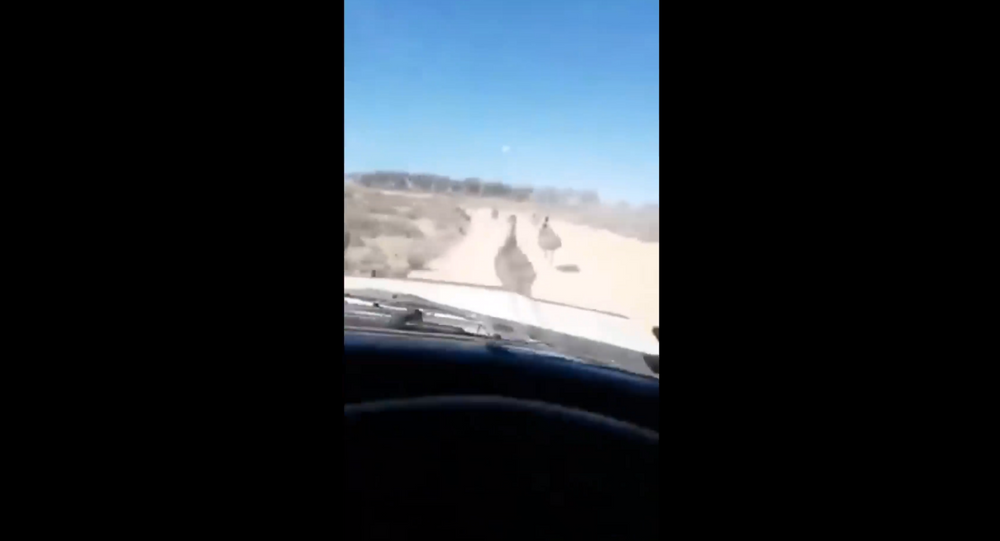 The Internet community was shocked with the atrocities they saw in a video of an Australian man deliberately mowing down an emus in his car.

On Friday afternoon Victoria Police identified the man suspected of animal cruelty, it turned out to be Jacob Macdonald, a 20-year-old hunter and son of a police officer from Pinnaroo, South Australia.

Earlier in the day, the internet blew up with a video of a man laughing hysterically and running over emu in his car, after he turned the camera on his own face, which later helped the police establish his identity.

Screenshot/RSPCA NSW
Australian Officials Search for Driver Who Filmed Himself Running Over Mob of Emus (VIDEO)
The incident took place on Pellaring Road at Cowangie in Victoria's northwest. Macdonald deleted all his social media accounts after the video became viral.

The maximum penalty for someone found guilty of killing native wildlife in New South Wales is $22,000 in fines and up to five years in prison.

READ MORE: Not Quite Rover: Emu That Thinks He is a Dog

To find out more details about the incident, Australian media went straight to Macdonald's ex-girlfriend, who expressed her opinion on the situation.

"He's the type to go hunting, he grew up that way but this is just atrocious. I was shocked and speechless… angry mostly," Macdonald's ex-girlfriend told Daily Mail Australia. "Honestly he deserves everything he gets," she added.

As she also said that the young man was caring and protective when they were together, worked on a friend's farm, but went "off the rails" after their break up.

"I ended the relationship end of July and he kind of went off the rails a bit after that, well obviously a lot now that we have seen this," she added.

The Royal Society for the Prevention of Cruelty to Animals (RSPCA) also expressed outrage and commented on the incident as shocking and horrifying.

"Such sickening cruelty clearly has no place in our society," an RSPCA spokeswoman said. "The RSPCA unequivocally condemns this type of violence, as it clearly shows a disregard for the lives of these vulnerable native animals, and raises grave concerns over this individual's capacity for such behavior," she added.

The Internet community was indignant over the video, which caused a wave of furious comments on Twitter.

Scummy as I find the Daily Mail, I find this grub even scummier
Australia's emu killer is UNMASKED as a police officer's SON https://t.co/FqKVFh7ryG via @MailOnline

Psychopathic KIller No excuses NONE ZERO Throw the book at HIM and lock him up before his next victim is another innocent animal OR human!!! Australia's emu killer is UNMASKED as a police officer's SON https://t.co/0RRRRoezJ5 via @MailOnline

He needs to go to prison. Don't care who's son he is. Australia's emu killer is UNMASKED as a police officer's SON https://t.co/xVtfVYB4yA via @MailOnline