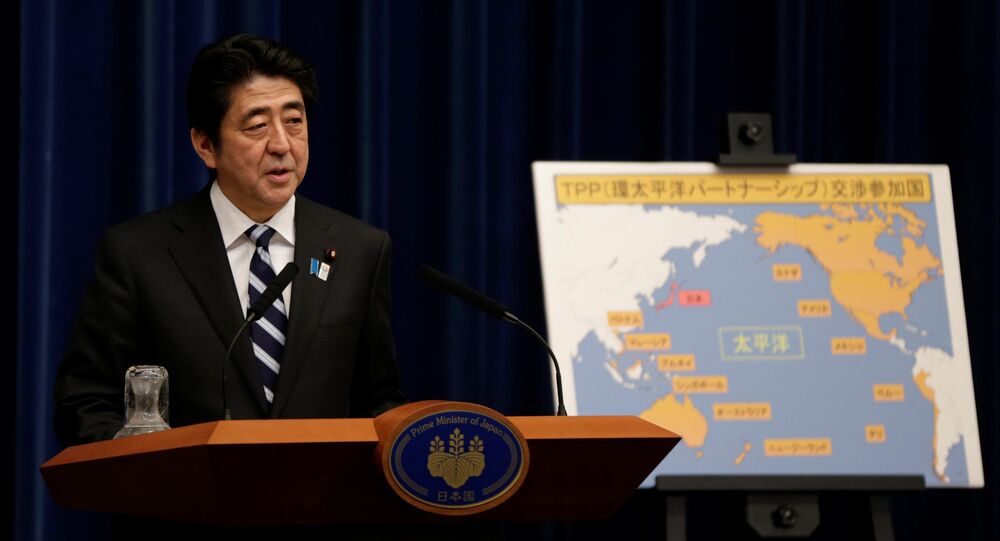 TOKYO (Sputnik) - Only about 30 percent of Japanese people welcome Prime Minister Shinzo Abe’s third consecutive term as the head of government, while the general level of support for his cabinet is growing, according to a poll by the Kyodo News Agency.

The findings show that 29.7 percent positively assessed the re-election, while 24.9 spoke against Abe’s third term.

A total of 44.7 percent of respondents found it difficult to answer whether they backed or opposed the current prime minister's third term.

Meanwhile, the level of support for the Abe government has grown by 3.2 percentage points to 47.4 percent after his re-election as the ruling party’s leader.

By contrast, the number of respondents negatively assessing the incumbent government has dropped by 2.4 percentage points to 40 percent.

On Wednesday, Abe was re-elected as the president of the ruling Liberal Democratic Party (LDP) for the third term, therefore retaining his position as the country’s prime minister until the 2021 election. This makes Abe likely to become the nation’s longest-serving premier in the modern history.