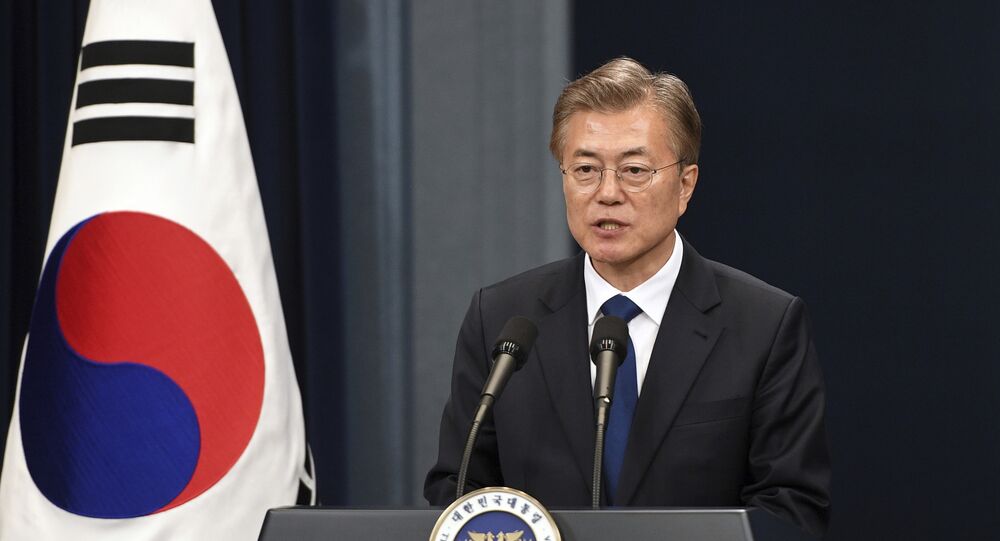 Poll: Level of Support for S Korean President Jumps to 61% After Summit With Kim

TOKYO (Sputnik) – The level of support for the South Korean government led by President Moon Jae-in grew over the week from 50 percent to 61 percent following the summit with North Korean leader Kim Jong-un, a new poll showed on Friday.

The number of respondents, who do not approve of the government's policy, decreased by 9 percent compared to last week’s results and stood at 30 percent, according to Gallup Korea.

The survey was conducted from Tuesday through Thursday among 1,000 people.

The summit, held on Tuesday and Wednesday, resulted in Seoul and Pyongyang signing a military agreement to cease large-scale artillery exercises and military flights near the demilitarized zone.

© AP Photo / Wong Maye-E, File
Russia Welcomes Inter-Korean Summit – Ambassador to North Korea
The situation on the Korean Peninsula has significantly improved since the start of the year, with Kim and Moon having earlier held two other bilateral meetings in April and May.

In June, Kim reached an agreement with US President Donald Trump stipulating that North Korea would make efforts to promote complete denuclearization in exchange for the United States and South Korea ceasing their joint military drills, as well as potential sanctions relief.