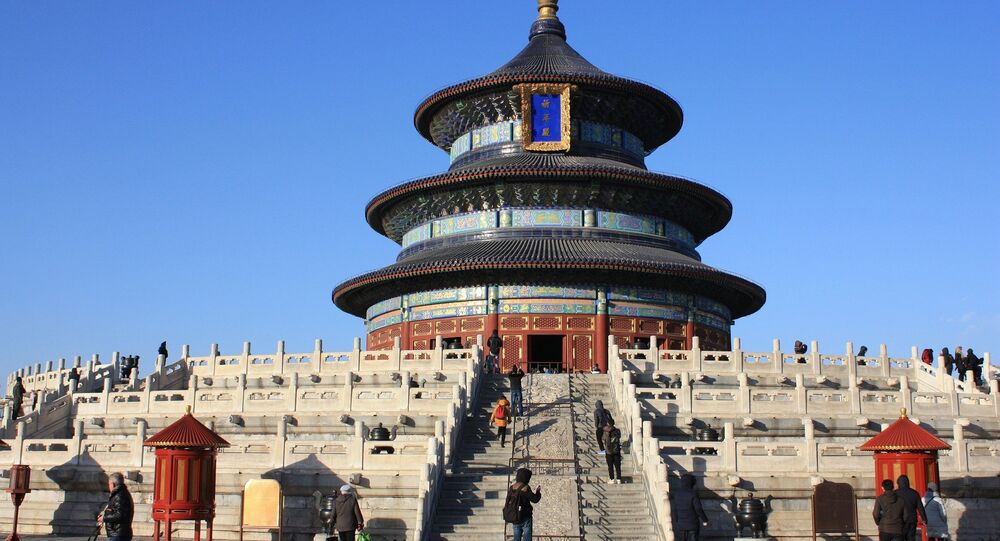 The announcement was made after Afghan President Ashraf Ghani made a day-long visit to New Delhi and met with Indian Prime Minister Narendra Modi. The two sides also expressed determination to strengthen connectivity, including through the Chabahar Port and the Air-Freight Corridor.

New Delhi (Sputnik) — India and China will jointly train Afghan diplomats from October this year. A high-level official in the Indian government has said that  Afghan President Ashraf Ghani, during his meeting with Indian Prime Minister Narendra Modi, was highly appreciative of the Sino-Indian cooperation in the war-torn country.

"The Afghan president appreciated Sino-Indian cooperation on Afghanistan. India and China are now going to start a joint training program for Afghan diplomats," the official said.

The training will take place in New Delhi and Beijing in phases, and the first phase will start in Delhi from October this year, the official added.

The two countries had agreed to undertake joint projects in third countries during an informal summit between Indian Prime Minister Narendra Modi and Chinese President Xi Jinping in the central Chinese city of Wuhan in April this year. In June, after the two leaders met again at the Chinese coastal city Qingdao, India's foreign secretary, Vijay Gokhale, confirmed that the two countries would undertake a capacity-building project in Afghanistan.

© AFP 2020 / ATTA KENARE
US May Waive Sanctions for Indian-Built Iranian Port Linking to Afghanistan
With this move, India has once again made it clear that it considers the Taliban to be Afghanistan's existential threat, and it will support only an Afghan-led, Afghan-owned and Afghan-controlled peace and reconciliation process.

Meanwhile, India's Ministry of External Affairs (MEA) said that that the visiting Afghan president and the Indian prime Minister both expressed satisfaction at the increase in bilateral trade that has crossed the $1 billion mark.

"It was agreed to deepen the New Development Partnership in the areas of high impact projects in this field of infrastructure, human resources development and other capacity-building projects in Afghanistan," a statement issued by India's Foreign Ministry read.

The two sides agreed to strengthen their coordination and consultation on activities at various international fora and also to work even more closely with their regional and international partners for prosperity, peace, stability and progress.

Situation in Afghanistan Heats Up Daily Because of US Presence – Lawmaker